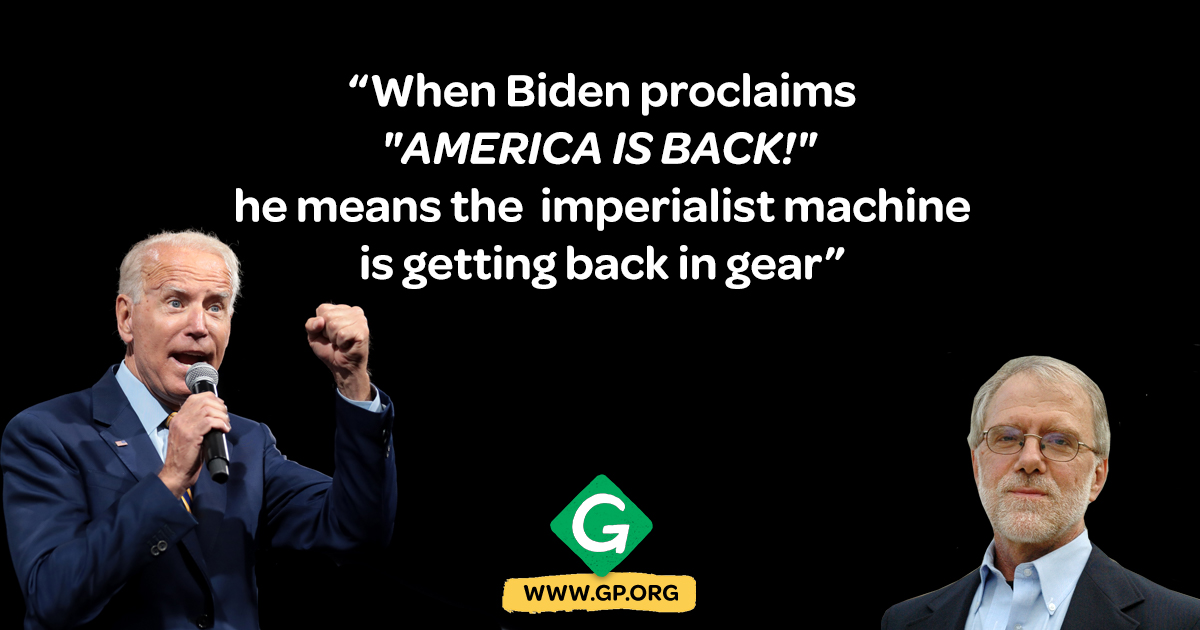 There's a lot of noise in our world…

And I'm not even going to touch on the mainstream media.

There are so many opinions and so many people who were mobilizing for the change that we need in this country but they got complacent after the 2020 election.

But that's why we need to cut through the noise to wake people up to a very important fact that lies at the heart of so many issues:

US imperialism hasn't skipped a beat from Trump to Biden

Look at what's happening right under our noses:

Yet how many people are content to say "well at least we got rid of Trump"?

The truth is that getting rid of Trump didn't get rid of the bigger problem.

We're still seeing the effects of U.S. imperialism. When Biden proclaims "America is back," he means the imperialist machine is getting back in gear.

If anything, it's speeding up

The truth is that it starts with you

Because we need to mobilize before it's too late.

We aren't settling for Biden and we certainly aren't turning a blind eye to the continued imperialism.

We're fighting for peace policies and need your help.

When we all pitch in, we can:

Because it's past time that we make these changes.

The U.S can use its wealth to be a humanitarian super-power instead of a global military empire. Instead of arms, we can send aid in a Global Green New Deal.

We can make friends, instead of enemies.

We can build peace instead of permanent war.

This is a world worth fighting for

And we can only do it with your help.

It is going to take all of us to realize an EcoSocialist Green New Deal. Can we count on you to donate today?

Our fundraising comes from grassroots donations. Your donation matters and empowers us to continue to fight and save our world.

Thank you for standing with us!