Arizona Green Party: Angela Green does not speak for us 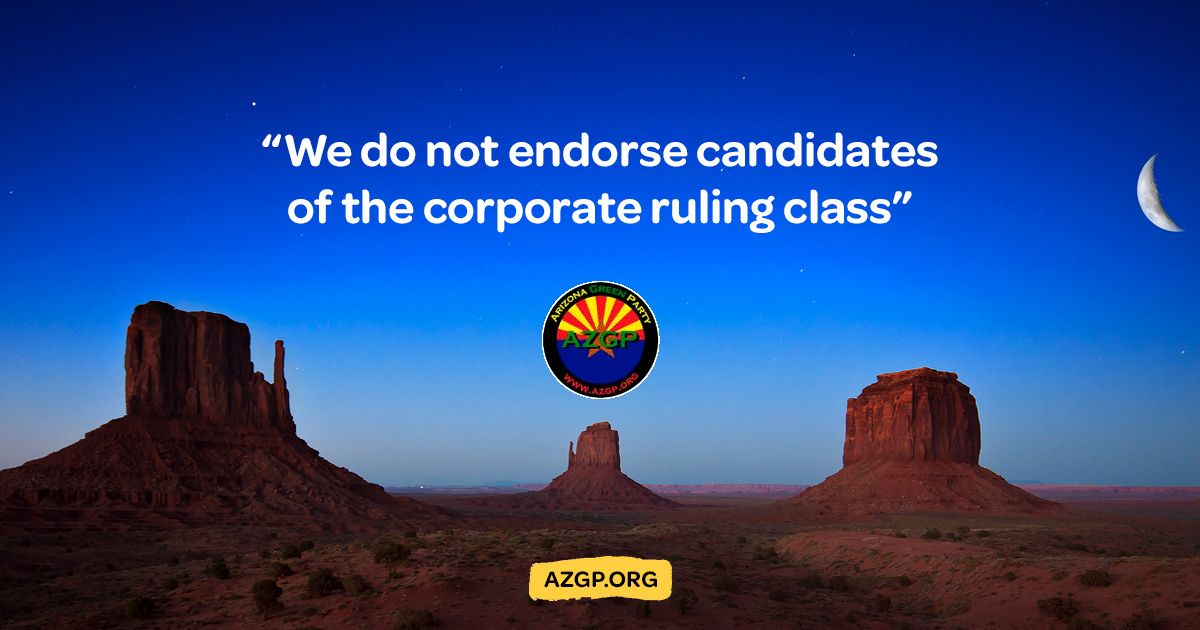 The Arizona Green Party (AZGP) disassociates itself from the comments by Angela Green, former candidate for US Senate who endorsed Democratic Party candidate Kyrsten Sinema. Green does not speak for the AZGP. Her comments are her own. The AZGP does not endorse the candidates of the corporate ruling class.

The AZGP is an eco-socialist political party and part of a world-wide movement for human needs before profits. We are independent of the corporate capitalist parties and accept no contributions from corporations. Green was not endorsed by the AZGP and was running as an individual on the Green Party ballot line because state law allows her to do so without our permission. Without consulting us, Green assumed the vacant slot created when our endorsed candidate Eve Reyes Aguirre, was sued off the ballot by Democratic Party operatives.

While we completely understand the importance of getting rid of Donald Trump, we don’t think replacing his administration with the other corporate candidate Sinema (who votes with Trump’s agenda 62% of the time) will solve the serious social and environmental problems confronting our country and the world. We need to look long-term and build a movement and party that will transform our society to one that works for human needs not profits and represents the rest of us not just Wall Street, war, and Walmart.