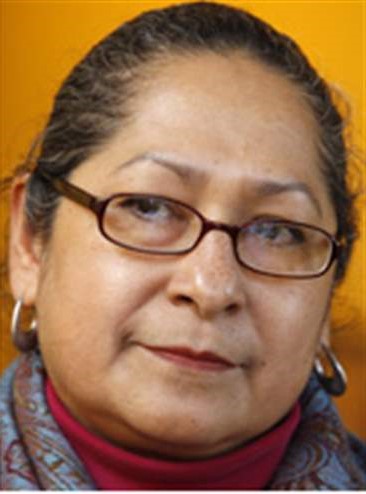 Whenever I seek to provide a political context for myself, I always start with the fact that I was born into the American Third World. That is, I was born in the US and raised in deep poverty. I know what it feels like to be a hungry child in this wealthy nation and I know what it feels like to be discarded by society. I will always share this not for myself but for the many millions of Americans trapped in some variation of the American Third World who are the focus of my political activity.

My parents, both born in Texas, came to the Midwest as migrant farmworkers. I have six sisters and a brother, half of us did not graduate from high-school. All of us who dropped out of high-school graduated from University. While this is an a-typical story it is not unheard of among Latinx raised in poverty in this country. The American educational system routinely discards youth of color.

I had only completed the 9th grade when I got a GED and eventually graduated from University. As a young person without a high school diploma I worked many difficult demeaning jobs, including being a sex worker. After college I worked in several social service jobs, monitoring child care providers, finding non-agricultural jobs for migrant farmworkers. For many years I worked as a mental health case manager. At that job I was elected the to lead the union and became Executive Delegate for SEIU/1199. In addition, I was appointed as a delegate representing SEIU/1199 on the Regional Labor Council of the AFL-CIO.

What these experiences taught me was that all the good works we do in communities is important but if our government does not provide an adequate infrastructure for education, health care, criminal justice, housing, and energy there will always be people who fall through the cracks. Government determines the quality of our infrastructure and politics determines the quality of our government. Throughout my lifetime neither democrat nor republican governments addressed the needs of my community so I started seeking alternative political parties and came to the Green Party.

In 2004 I helped with the Ohio recount and was the lead plaintiff in a lawsuit against the Ohio Secretary of State to prevent the certification of that election. In 2008 I participated in the legal action that gained Party status for the Ohio GP. In 2014 I ran for Governor of Ohio and by receiving over 3% (over 100,000 votes) of the votes maintained political party status for the Ohio Green Party for four years. I was the Green Party candidate for Toledo city council in 2011 and got over 30% of the vote. In 2006 and 2010 I was the GP candidate for Lieutenant Governor of Ohio.