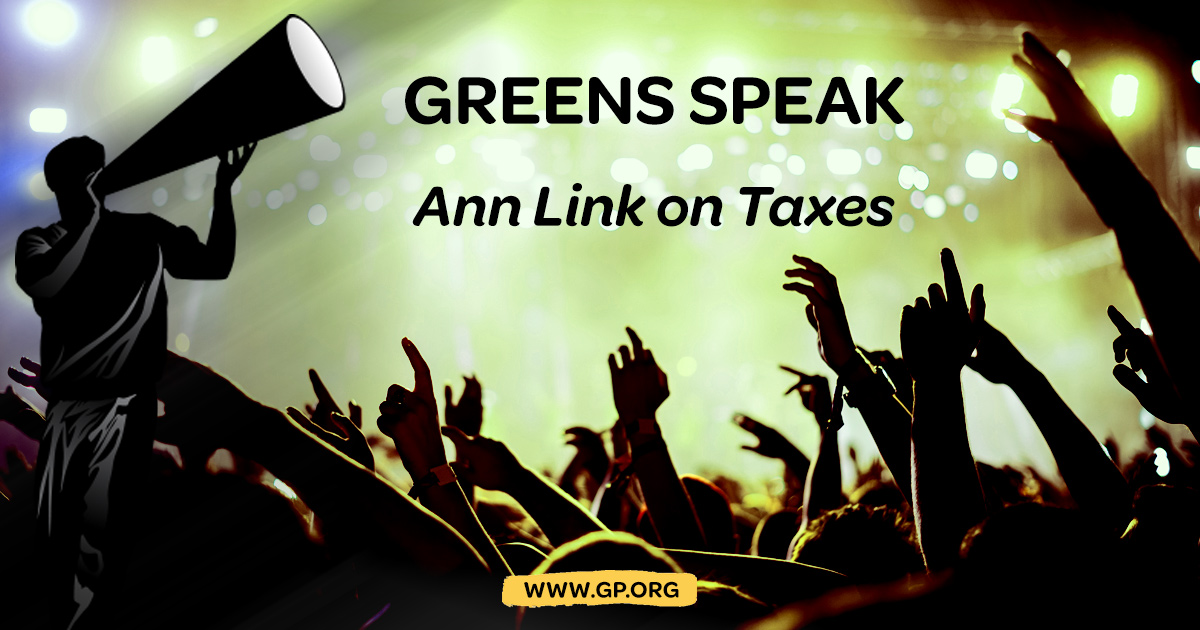 Hi, I’m Ann Link, delegate to the Green Party National Committee from the National Women’s Caucus, with some important information about the Republican tax bill moving through Congress.

Details are still being negotiated, but the news for individual taxpayers is mixed. The standard deduction will be increased from $6,000 to $12,000, giving some taxpayers a tax break, while others will pay more taxes because of a decrease in mortgage interest and state and local tax deductions.

The big winners are corporations, whose tax rate will be lowered from 35% to 20%. How will this affect the federal budget?

The national budget for the 2018 fiscal year was set at $3 trillion, excluding social security.* The tax breaks will create a deficit of $1.4 trillion by 2022.

The deficit will be offset by cuts in essential programs such as Medicare, Medicaid, food stamps, and CHIP, a health insurance program covering 9 million children and several thousand pregnant women.

So what is the elephant in the room that no one’s talking about? The military budget, which takes up 48% of federal funds,* almost HALF of the federal budget.

Military spending has gone up on average since 1965, reaching its highest level ever under the Obama administration.* The current president plans to add almost $700 billion over the next 10 years as tax revenues lower, creating pressure for more cuts in spending.

What’s the solution? The Green Party. We support lowering taxes for individuals and increasing them for corporations. And we support cutting the military budget by half. This will create a peace dividend to fund the programs we need, such as single-payer healthcare and the transition to a green economy.