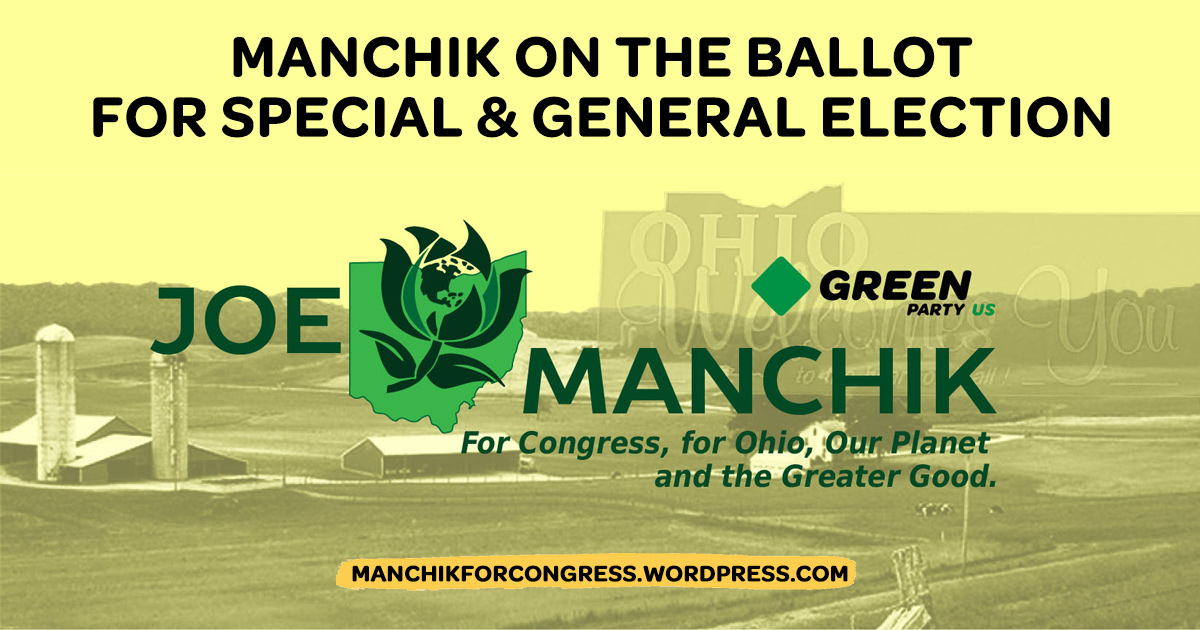 Joe Manchik was previously the Green Party candidate for the United States House of Representatives in Ohio’s 12th Congressional District in the 2016 general election.

The primary election in Ohio will be held on May 8 this year.

The special election to fill the seat vacated by Representative Pat Tiberi will be held on August 7 and the general election is on November 6.

You can learn more about Joe Manchik and his campaign by visiting his website at https://manchikforcongress.wordpress.com and by texting the word VOTE to 89800.