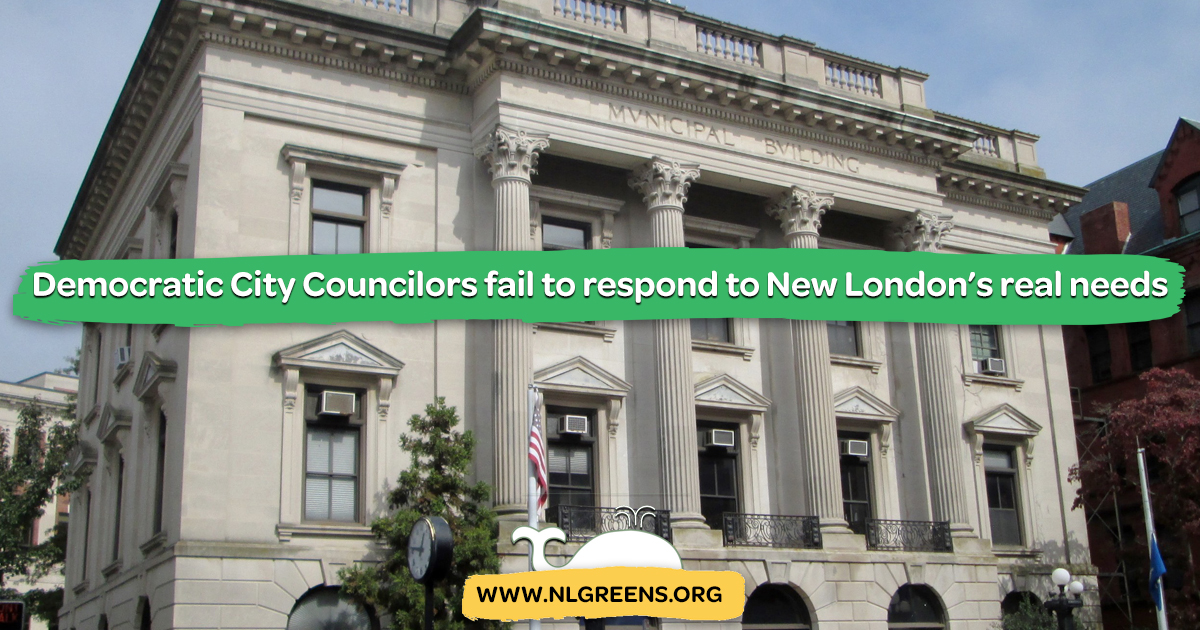 The response from city residents and non-profit organizations has, unsurprisingly, ranged from bafflement to distress to outrage.

New London was poised for a transparent and equitable distribution of federal monies, with the establishment, in July 2020, of a Long-Term Recovery Committee, tapping skilled and experienced members of our community to develop a map for how New London would chart a course back from the devastation of this pandemic. The idea was to prepare to funnel federal resources to where they'd be most impactful. There were, according to The Day's article at the time, seven committees that were to be assigned city staff liaisons and would meet regularly to identify needs and propose solutions.

But the first version of the budget for the ARPA read more like a wish list of random allocations, loosely organized around the budgets of city departments. Nonprofits that paid close attention or enjoyed close relationships with civil servants might have known to send in their budgets. But even those, looking through the hundreds of pages, are hard to compare. Some are essentially emails and others are fully developed proposals.

At the public forum on disbursement of ARPA funds, held before the Oct. 4 City Council meeting, more than 20 commenters offered their perspectives, many calling out an opaque process and pushing for the funds to meet the needs identified by the People's Budget, a coalition of community groups formed after the 2020 summer of protests in response to police brutality. Their community needs assessment polled nearly 1,000 New London residents, especially reaching out to those who are Black, Brown, Indigenous, Immigrant, and poor or working class.

Here's what New Londoners said about their priorities and needs:

The TOP 5 programs and service areas that respondents said would improve their lives are:

This is incredibly relevant data to our city leaders as they determine where to responsibly invest our city's funds. Instead of using this broad survey as a starting point, the city initiated its own, which only received about 150 responses, a full 10% coming from people who are NOT New London residents or business owners. The findings from the city's survey are not representative of our community.

And yet our Democratic City Councilors did not respond to the robust civic engagement at the public forum, or offer any clearer roadmap to how the funds would be allocated. In his remarks during the City Council meeting following the forum, Mayor Michael Passero used the words "process" and "deliberate" more than a dozen times.

But the words are not enough. Community groups, third party representatives and New London residents need to see action and be part of the action at the table. Otherwise, they worry that these funds will perpetuate rather than alleviate the racial and economic disparities that beleaguer New London.