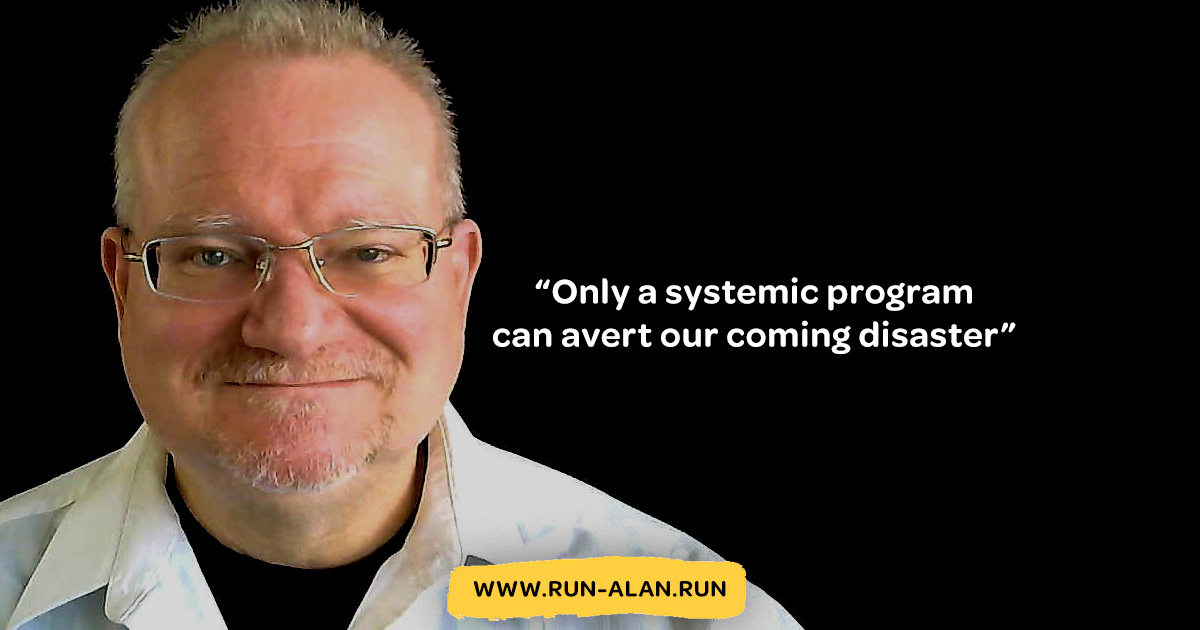 Augustson: ALBUQUERQUE, NM – Alan Augustson has announced his bid for the 2020 Green Party nomination for President of the United States.

"Where (Barack) Obama failed, where Bernie (Sanders) would fail, where Beto (O'Rourke) or whomever won’t even try, I can succeed," Augustson wrote in a posting to social media and his campaign website, referring to the combined effects of economic collapse and catastrophic climate change.

Augustson is a public policy analyst, emergency management consultant and writer from Albuquerque, New Mexico. He previously ran against Rahm Emanuel for the House of Representatives in 2008. Claiming that "humanity has decades, tops, before spiraling into a New Dark Age," and citing a lack of urgency on the part of lawmakers and the major political parties, he proposes the launch of the Green New Deal through the declaration of a state of national emergency.

"Our economic, ecological and social crises are linked," Augustson wrote. "They cannot be addressed separately; only a systemic program can avert our coming disaster. Problem is, our current system doesn’t “do” systemic change. Reasonable, compromising people tell us that incremental change is better than none. They’re pushing the status quo. And status quo is a death sentence.

"Change will have to be implemented from the top down. You need someone with the ability and willingness to be unreasonable."