Barriers against the LGBTQ+ community are breaking down 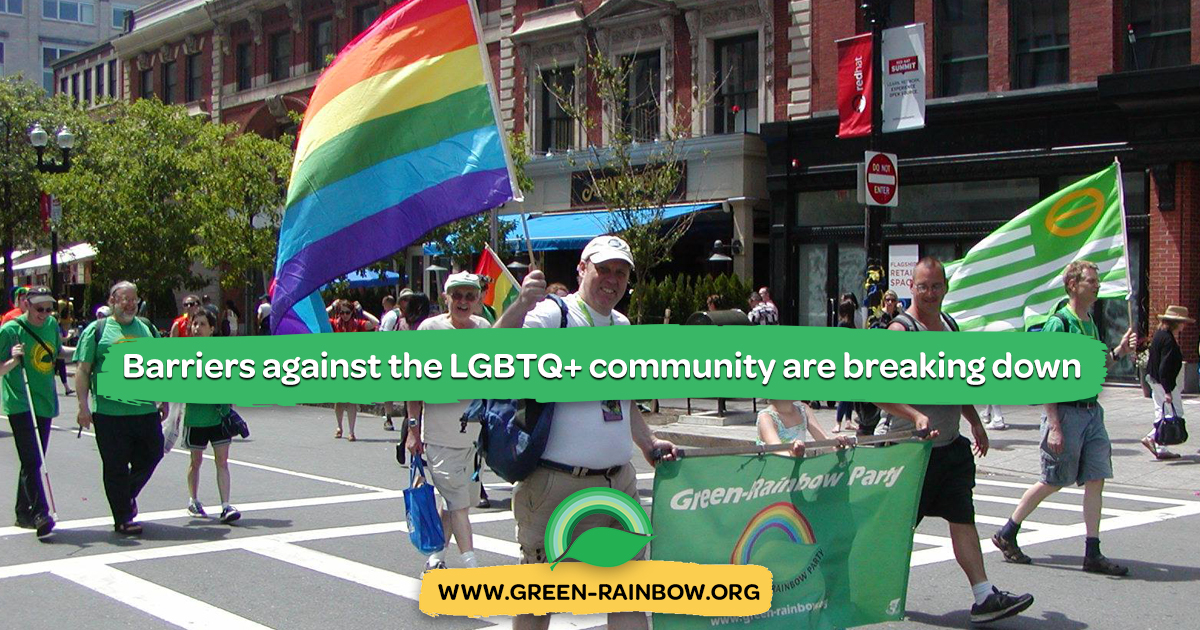 It is incredible to witness the ever-changing climate towards the LGBTQ+ community, a community that has always existed in human history but has been largely marginalized throughout. It was not that long ago that this subculture had to endure a daily struggle just to survive under the regime of the center-right Christian majority in this country. Now, years later, it is a thriving community with more legal protections and a wide range of public support than any time in modern history.

Let's look back. In 1968 all 50 US states criminalized homosexual behavior and relationships. It took over 30 years in 2003 for every state to end those practices. Now jump ahead to 2015 after much cultural debate between conservatives and liberals over the issue of marriage, the supreme court ruled in favor of gay marriage to be legalized across the country finally allowing same-sex couples the same privileges and rights as straight couples and as a result, normalizing the LGBTQ community in our pop culture and cementing their place as visible and active participants in American society.

Now, we skip ahead to more recent developments: the controversial, and often described as barbaric, practices of conversion therapy (CT.) CT is a broad term for a collection of pseudoscience-based methods aimed at changing a person's sexual orientation. This practice was often aimed at minors forcibly sent by their parents to undergo such treatments to cure them of homosexual tendencies.

Today, many in the scientific community reject the absurd notion that sexual orientation is a choice or a disease and something that can be solved through treatment. However, this practice has been allowed to persist in many parts of the world. Finally, we have begun to see real movement against conversion therapy on the national level.

Recent legislative efforts have begun to criminalize these practices. In 2021 alone, Canada and France have both passed legislation to ban conversion therapy. Canada specifically outlawed the practice citing "The law makes it a crime to subject a person of any age, consenting or not, to such treatment." Other countries, such as Chile, have begun to recognize same-sex marriage for the first time in their history.

As a proud Bay Stater, I am happy to say the State of Massachusetts banned conversion therapy back in 2019, but there is still a great deal of progress to be made on the national level here in the United States. Since only 20 US states have outlawed conversion therapy, what we need is a major legislative effort to ban CT on the national level. This legislation is desperately needed to support young LGBTQ+ Americans from being forced to undergo these emotionally and psychologically damaging practices. In a country that claims to value freedom and the pursuit of happiness, it is crucially important that these virtues apply to everyone.

As a gay man myself, growing up in a conservative Christian environment, I fully understand what it's like to live in an environment where you are told that your natural feelings and emotions are morally reprehensible and have no place in society. I can say from personal experience that this kind of language and prejudice are extremely harmful to the welfare and development of young people. It is these kinds of practices that are responsible for creating a hostile environment resulting in feelings of loneliness, shame, guilt, and self-hate which can take years to overcome.

It is my sincerest hope that this new generation completely abandons the hatred and fear and prejudices of the past and instead focuses on embracing and celebrating people who are different and are not threatened by the diversity of thought, religion, race, sexual orientation, or gender identity.

Perhaps this new generation can lead by example, and we can leave the world in a better and more harmonious place than when we found it.