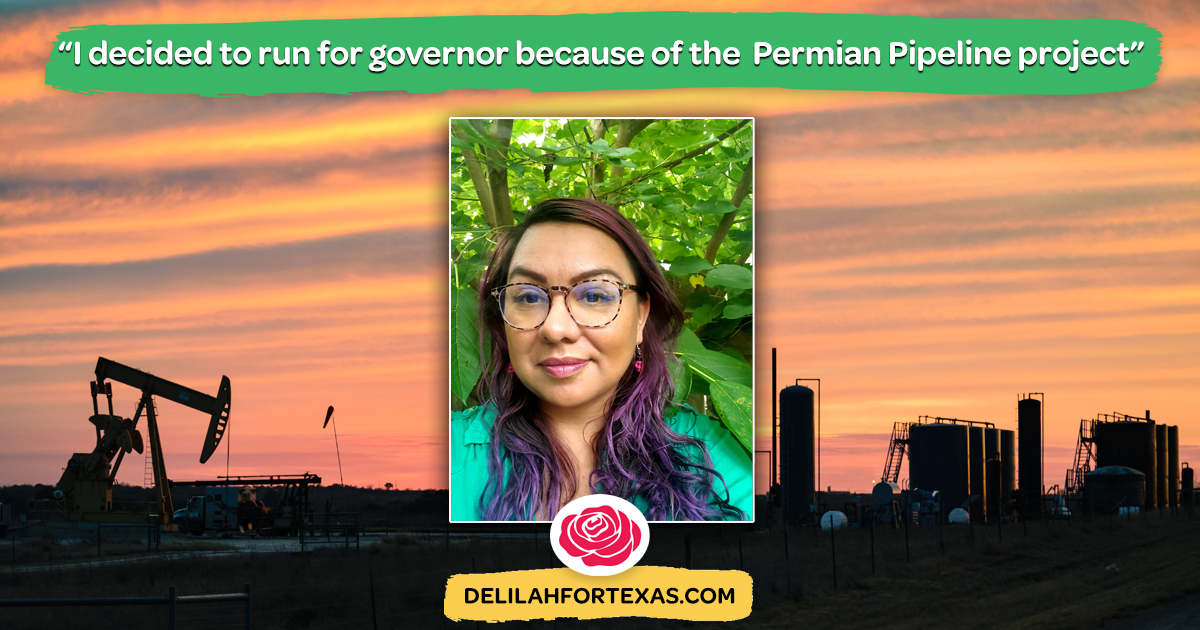 Delilah Barrios grew up in what is well known around Texas as, 'The Valley'. Born and raised in Brownsville, my family moved all over the coast, Port Isabel, South Padre Island, Houston. My parents were hard working, honest people. They got along with friends and family, our house always had people there. I miss the ocean the most and it bothers me to think that our coastline is viewed as unattractive by people outside of the state. When I was little, that coast was my sanctuary. We were taught early on about conservation and responsibility to the environment.

My relatives taught me about the medicine wheel and our ancestors. How our ancestors roamed free and provided for our communities. One of my heroes is a woman by the name of Ila Loetsher, affectionately known as, The Turtle Lady. I have a postcard on my refrigerator to this day to remind me of what one person can do. For the purpose of this story, I want you to know environmental awareness was sowed deep into my soul at an early age. So when BP oil spilled thousands of gallons into our water, a part of my soul shattered. I could not fathom the generations of destruction a disaster like that could do. I've since relocated to the hill country and every time I go back, it's not the same. The area has recovered some but it never will be the same.. the Gulf is generally warmer but with pollution and climate change, now the water isn't as cool and refreshing as it once was. When I take my kids to visit, they end up with tar on their shins from running through the dunes and the sediment of the oil is there still.

Even moving to the hillcountry has exposed myself and my family to pollution from the oil and gas industry. In fact, a big reason I decided to run for governor was the Permian Highway Pipeline project. You see, the community came together because this project threatened their water, vulnerable karst springs and an endangered species. Despite all of the fight from the citizens in my county, the project moved forward. I watched helplessly as heritage oaks and beautiful rolling hills were destroyed. The people, scarred and heartbroken from the senseless destruction.

No matter where I live or ever plan to live, the fight for sustainability and environmental justice will remain. I aim to be on the side of humanity and reason to protect what natural habitats we have left. Always on the side of the oppressed, never the oppressor.

In my time as a medical worker, I have seen the effects of lack of healthcare. We have been needing a public option since I was born and we are no further providing better quality of life for people and we must. It is morally irresponsible to continue to subject people to predatory capitalism and for profit health insurance. I will fight for Medicare for All, I will fight for equality and justice. I am a working class, woman of color, mother of three beautiful children. This fight is not just about me or you, it is about all of us.