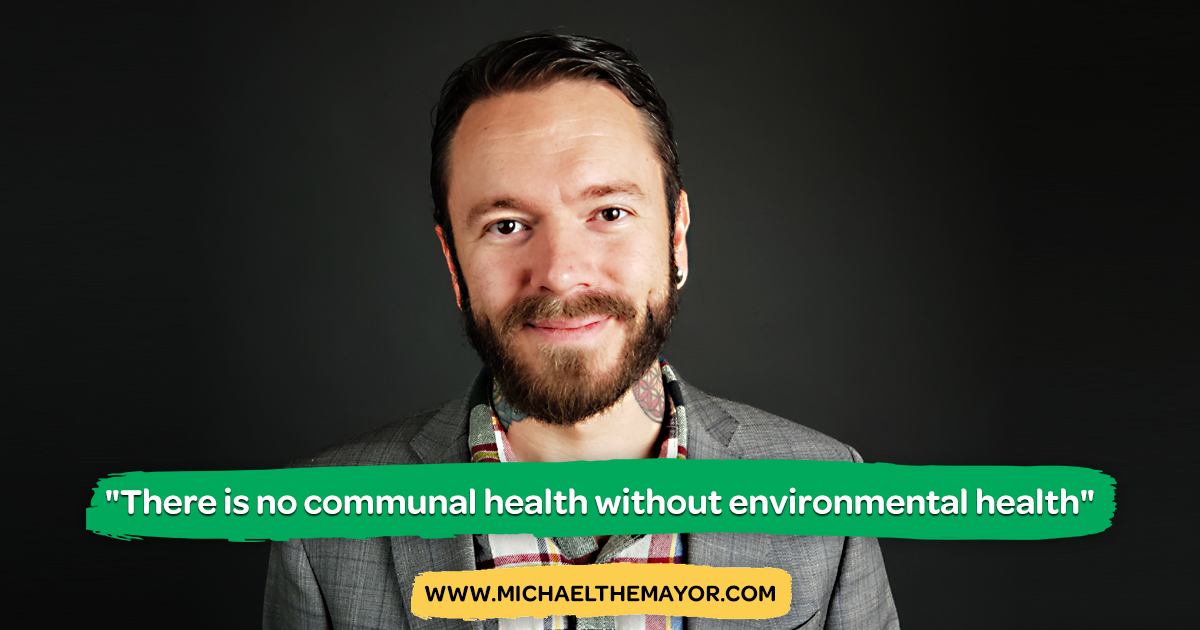 SALT LAKE CITY — Republicans and Democrats are once again battling it out for one of the most high-profile seats in the state: the mayor of Utah's most populous county.

But they're not alone. A Green Party of Utah candidate has made a rare appearance on this year's ballot. He's seeking to shake up what's typically been a two-party race by giving environmentally minded voters another option.

Salt Lake County Mayor Jenny Wilson — considered one of the most powerful Democrats in Utah because of her current position that she won when party delegates picked her to replace former Mayor Ben McAdams after he was elected to Congress two years ago — is fighting to hold on to the seat this November.

Leading up to the general election, Wilson said her focus has been on responding to the COVID-19 pandemic and the slew of other crises that have cropped up in the whirlwind year 2020, not so much campaigning as she usually would.

Meanwhile, her opponents have been making their cases to voters. Staggs has been investing much of his time in campaigning, pitching himself as a fiscal conservative that promises to slash what he calls a "bloated" county budget and lead Salt Lake County through both the pandemic and future growth better than Wilson has. So has Cundick, aiming to signal to other millennials like himself they have another choice for a more environmentally sustainable future.

Wilson, who is preceeded by 15 years of Democratic hold on the county mayor's office, brushes off Staggs' criticisms. She questions whether the Riverton mayor has the wherewithal to realistically manage the county any better, and says Salt Lake County can't afford to undergo a leadership change amid a time of crisis.

"I cannot imagine bringing in a new mayor right now," Wilson said, describing how she spends "a great amount of time" addressing the COVID-19 pandemic. "To hand over the keys to the county to a new mayor would be devastating to the county right now."

Salt Lake County voters on Nov. 3 will decide if they want to keep Wilson as mayor for the next four years, or switch to the first Republican mayor since former Mayor Nancy Workman, elected in 2001. Or they could pick a new mayor from a new party altogether.

"People want to see change," Staggs said, confident the presidential election will energize Republicans at the polls. Though it's a steep task to unseat an incumbent — someone he labels a "lifelong bureaucrat" — the Riverton mayor believes his message has been resonating with voters, who he said are frustrated with Wilson's handling of the COVID-19 crisis.

An early critic of Salt Lake County's mask requirement, for which Wilson has been a proud proponent, Staggs said he's supportive of face coverings, just not a mandate with a criminal penalty. Staggs also said the county "should have done much more with testing," criticizing Wilson for not deploying more federal funding sooner toward increasing county testing capacity. He said Salt Lake County "could do over 10,000 tests a day, easily."

Staggs has also attacked Wilson over the county's budget, saying it's ballooned beyond reason. He criticized Wilson for including a tax hike in her first budget, and pledged to cut spending like he did at Riverton City Hall.

"I've got a record in Riverton of actually cutting taxes by millions of dollars — innovative, restrained government spending," Staggs said. He said he would start by slashing the mayor's budget and his own salary, and explore other options for services, like perhaps contracting out animal services.

Wilson scoffs at Staggs' criticisms over the COVID-19 response and his attacks on the county's budget. She said she's proud of the umbrella of coordinated county response teams that have formed under her leadership. She said her mask mandate has "saved lives," along with "all the work we did early to save businesses." She said Staggs' criticisms on testing availability is unfounded and argues "anybody who needs to get a test who has symptoms has got a test in our community."

"If it's anything I'm proud of, it's my teams' COVID response," Wilson said. "The infrastructure we built early and the decisions we made saved lives and have put our economy in frankly pretty good shape. ... If there's one thing that I think my team and I did incredibly well, it's COVID. And we're not done yet."

To Staggs' budget criticisms, Wilson notes the county continues to maintain the lauded AAA bond rating for its fiscal management and "incredible cooperation across party lines" with other independently elected offices like auditor and treasurer. Like she did when she proposed the tax hike last year — which was proceeded by years of her predecessor warning budgets were becoming increasingly strained — she defended it as the fiscally responsible thing to do since the county's purchasing power had eroded over the years due to inflation and years without a property tax rate increase.

"The treasurer, the auditor, the sheriff, the district attorney, every one of them came to the council and supported that increase," Wilson said. "That increase did not create new programs, it stabilized our budget. Those are the hard decisions a mayor needs to make, and I would question, given the narrative my opponent is pushing, that he has the wherewithal to be a mayor, to be in the situation to make the tough decisions."

In another corner, Cundick sees himself as an option that takes a bigger-picture perspective to Salt Lake County's future — one that would prioritize environmental sustainability above all else. It's a strategy he argues would help residents in Utah's most populous county heal quicker from COVID-19, and have a happier healthier life.

"It's not a traditional line of political energy to have someone that is so focused on clean air, clean water, healthy soils like myself step in, but I believe that we are importantly interconnected," Cundick said. "There is no communal health without environmental health, and we live in a state that is (extracting) fossil fuels and building an inland port and ignoring that base reality for the necessary stewardship for our environment."

Cundick, described himself as a "tattooed, millennial, progressive" candidate who was asked to run for mayor by the Green Party to give a voice to those who want to prioritize environmental stewardship and "bring the necessary urgency around the crisis we have with our relationship to the living planet around us."

"To step in like this allows a chance for really fresh blood and political awareness that would inspire young people to understand we actually have a chance to use politics to change the status quo," Cundick said. "That's why I'm running."

Asked how he would tackle the COVID-19 crisis as mayor while also grappling with environmental issues, Cundick said his approach would include "a lot more focus on baseline physical health of our bodies and environment and address the underlying causes that are hurting people" like the pharmaceutical industry and animal agriculture.

Cundick said the movement has to start somewhere, and neither Wilson or Staggs "share the values of the up-and-coming generation."

"I am the politician of the future," he said. "Whether that future is a month from now or 10 years from now, we're heading in a direction that if we don't address our broken relationship to the environment, none of us are going to be happy and healthy."