Why third parties? Because power corrupts 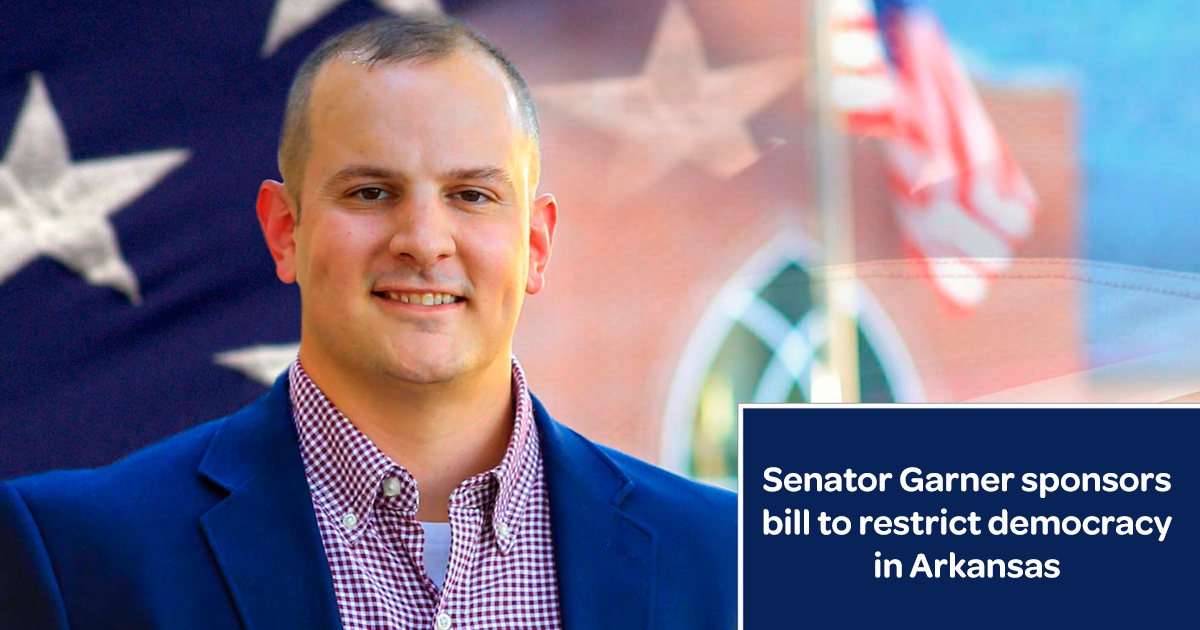 Conway, AR – There is a legal case and a moral case against Senate Bill 163, which would make it harder for third parties to get on the ballot in Arkansas. The legal case may not be as strong as I thought it was, but the moral case ought to be strong enough.

First the background. In Arkansas, parties can appear on the ballot by winning 3 percent of the vote in the previous presidential or gubernatorial election. Failing that, they can collect 10,000 signatures.

Senate Bill 163 by Sen. Trent Garner, R-El Dorado, would increase the required number of signatures to 3 percent of the vote in the last gubernatorial election. In 2020, that would be almost 26,750 signatures, which would be a lot to collect.

The Libertarian Party is currently the only viable third party in Arkansas. It advocates for very limited government. It runs to the right of Republicans on economic issues and to the left of Democrats on some social issues, such as the war on drugs.

Libertarians have been inching toward that 3 percent in recent elections. In 2018, their gubernatorial candidate won 2.9 percent.

That’s too close for comfort for Republicans in the Legislature. They want to make sure a Libertarian candidate doesn’t attract enough votes to sway some future close election to the Democrats.

So now we have Senate Bill 163, which easily has passed the full Senate and a House committee. On Monday, it likely will pass the full House. And despite the fact that the next election won’t occur for another couple of years, it contains an emergency clause. That way, the Libertarians, or any other third party, won’t have time to collect 10,000 signatures before it goes into effect.

In a recent column, I pointed to a 2006 case, Green Party of Arkansas v. Daniels, where a court ruled the state’s previous 3 percent limit was unconstitutional. But Garner told a House committee that court rulings since then support that high a threshold, or even higher.

You never know how a court will rule, but regardless, there’s still the moral case. So let’s make it.

Garner argues the bill will ensure a cleaner ballot without a long list of unserious candidates.

If that were a problem, it might arguably require a solution, but in the November general election more than half the members of the Arkansas House of Representatives didn’t even have one opponent, much less two.

Modern American democracy has many problems. Too many candidates is hardly one of them. Whether or not this bill is intended to create a cleaner ballot, its effect will be to squash third parties and limit voter choices.

I’ve long believed that most people who get involved in politics have at least some idealistic motivations. Garner has an admirable record of military service.

But, irrespective of him or any other lawmakers, history warns that a cycle often happens. Idealists gain power. They might do some good things with it. But they then turn their attention to consolidating their power, reasoning that it’s a means to an end. Quickly, power itself becomes the end. Eventually, the status quo becomes so stale and corrupted that it no longer functions, and a crisis occurs.

The Republicans supporting this bill should appreciate this. For nearly a century and a half, Democrats dominated Arkansas, and Republicans were little more than a third party. Nationally, their anti-slavery party was born in a one-room schoolhouse in 1854 in the midst of a crisis. Six years later, Republican Abraham Lincoln was elected president. And then 600,000 Americans died in the Civil War.

There is a better way: Making sure the system can reform itself before the crisis occurs.

One way to do this is through competition, which diffuses power, introduces fresh blood, encourages new ideas, and fosters accountability.

But competition is becoming less common. Campaign dollars flow exclusively to Republicans and Democrats. Most districts are dominated by one party. In fact, district lines often are drawn to ensure that’s so. Third parties are excluded from presidential debates and largely ignored by the media.

Now Senate Bill 163 may soon be mixed into that stew.

House Republicans and Democrats will vote on it Monday.