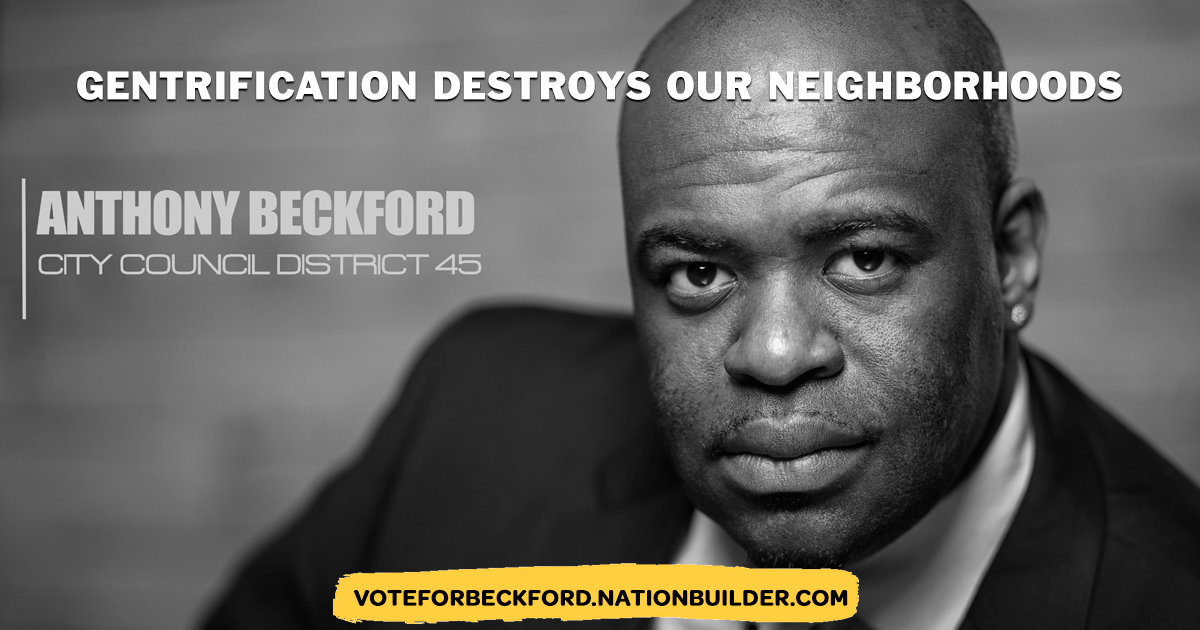 For the past few years Community Leader / City Council Candidate Anthony Beckford and many other Housing Advocates and Organizations have been fighting for the rights of Tenants in New York. The fight has taken place at City Hall and in Albany. With only 11 days left before New York's rent laws expire, the push to renew and strengthen the rent laws have intensified. There was always talk about Republicans getting in the way and of the IDC. Well, now that the Assembly and Senate in New York are run by Democrats, there are no more excuses that can be given to passing progressive and much needed legislation in both the Assembly and NYS Senate.

"After a record number of displacements caused by gentrification and the illegal and immoral tactics of landlords and developers with the help of cowardly acting and bought off Elected Officials, we are currently in a War for Housing. Many of our Elected Officials in both the City and State have given us nothing but lip service. Candidates in the most recent elections in Brooklyn have talked about affordable housing but have only regurgitated what they have been fed by the same elected officials who take money from the Real Estate Board of New York and Real Estate Brokers loyal to R.E.B.N.Y. The laws have never truly protected tenants, homeowners and small businesses.

"I fully support the legislative packages that are aimed at protecting tenants which includes nine bills that could end vacancy decontrol and the vacancy bonus, close the major capital improvements (MCI) and individual apartment improvements (IAI) loopholes, close the preferential rent loophole, and prohibit eviction without “good cause.” There is an estimated total of three million New York state residents that are renters, and almost half of them are paying more than 30 percent of their annual income in rent. This is disgusting and immoral. I will continue to help in the fight to pass the 9 bills, while pushing for the current City Council Members to pass the Small Business Jobs Survival Act and introduce my Housing Justice Bill which will provide Rent Rollbacks and increase the Housing Protections for Seniors, Low Income and Moderate Income Families/Individuals and those with Disabilities in my first 30 days in office after I become the next City Councilmember of the 45th District after the November 5, 2019 General Election" said Anthony Beckford.