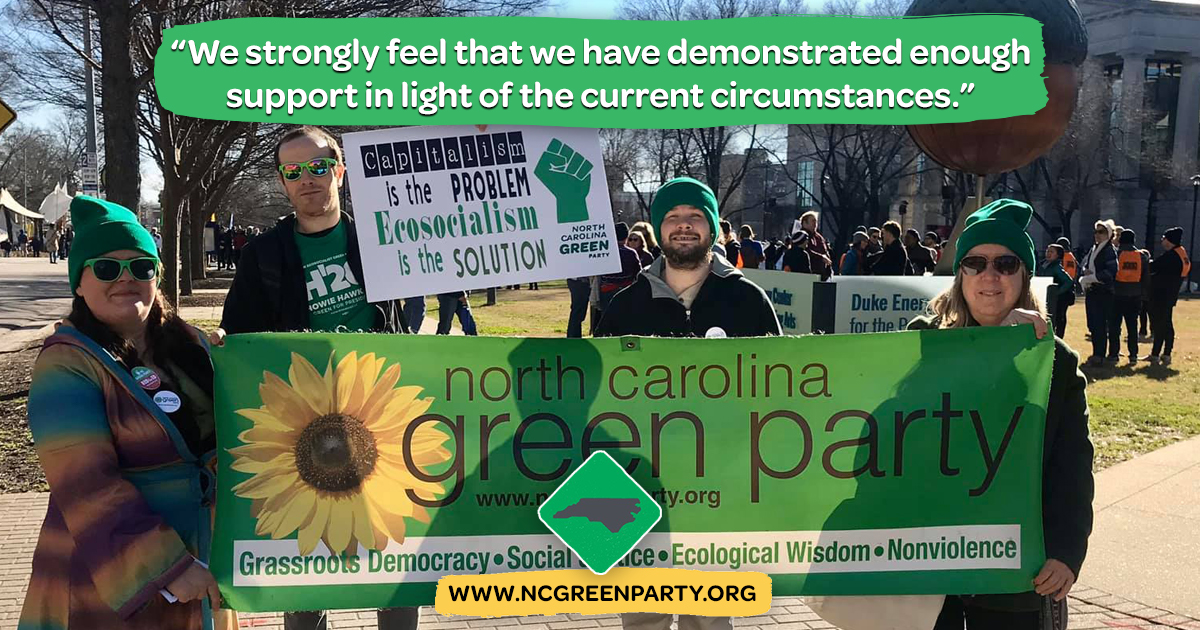 In a joint letter to the North Carolina State Board of Elections, the parties ask for a "reasonable amount of time" to complete a petition process to regain recognition and get back on the ballot for the next election.

The North Carolina State Board of Elections can relabel registered voters for both parties — currently more than 9,000 combined — as unaffiliated as soon as Feb. 23, which is 90 days after the certification of the November election.

The State Board of Elections is scheduled to discuss the matter at its Feb. 23 meeting.