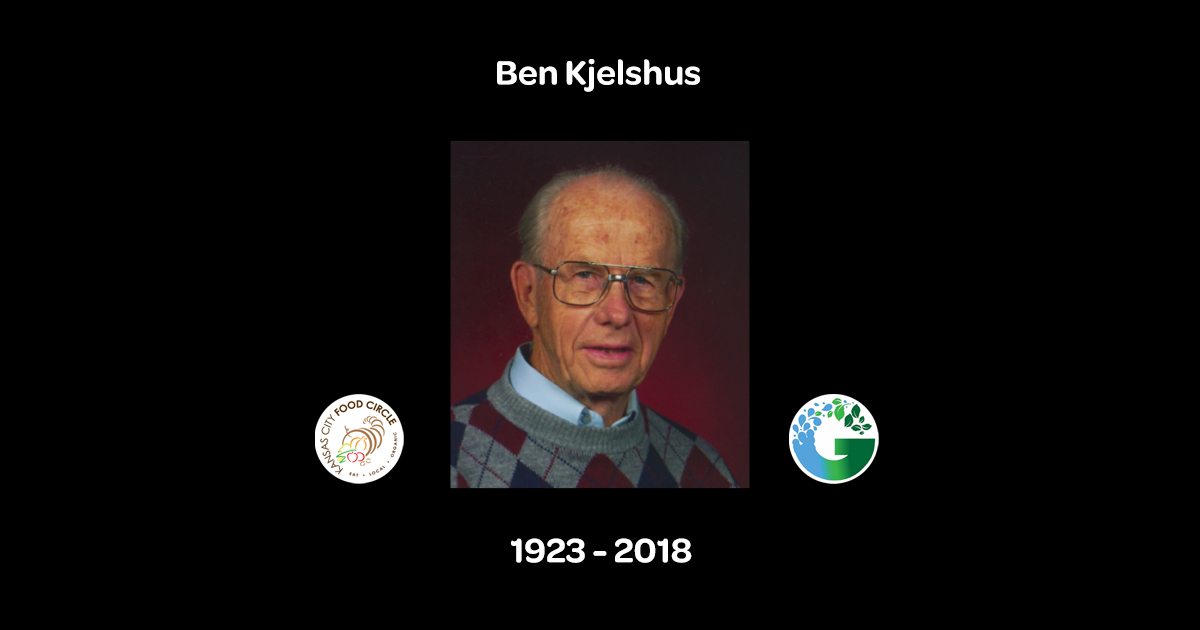 Bjarne was born on March 9, 1923 in Hanska, MN to parents Benjamin Kjelshus and Ovidia Kjelshus Levine. He graduated from the University of Minnesota, MN in 1949 with a Bachelor of Arts, following which he earned his Bachelor of Divinity from the Meadville Lombard Theological School, University of Chicago, IL in 1954. Ben then attended University of Missouri, MO, graduating in 1957 with a Master of Social Work in Community Organization.

Rev. Kjelshus carried out a great deal of service on behalf of the denomination. From 1954 to 1956, he served as a board member for the Midwest Universalist Conference and as a member of Education Committee for the Midwest Universalist Conference in 1956. He was Acting President for the Kansas Universalist Convention beginning 1959 to 1961. During the summer of 1961, he functioned as a leader for a workcamp team sponsored by the Unitarian Universalist Service Committee at the Clarence Darrow Community Center in Chicago. Ben also chaired the College Centers Committee of the Ohio-Meadville District in 1964. In the same year he served as a member of Executive Committee for the Ohio-Meadville Ministers’ Association. During the summer of 1965, Rev. Kjelshus participated in a program, the Unitarian Universalist Presence in Selma, Alabama and actively supported the citizens who were struggling for their human dignities at that time.

Prior to entering the ministry, Ben served the U.S Army from 1942 to 1945 and spent thirty months of his duty in Italy. He was an activist throughout his life and advocated for civil rights, mental health, environmental and food sustainability. Ben was an organizer for the Kent Inter-Faith and Community Council for Human Relations, and an organizer and the first President for the Geary County Association for Mental Health. Likewise, he served as a Secretary and Treasurer for the Geary County Council of Social Agencies and was Vice-President for the Kiwanis Club of Junction City in KS. He was cofounder of the Greater Kansas City Greens, MO and founder of the Kansas City Food Circle, MO. Ben worked for 19 years in supervisor positions for the City of Kansas City, MO including being a Development Specialist with the City Development Department. In his spare time, he enjoyed hiking and camping.

In lieu of flowers, donations may be made to the Unitarian Universalist Service Committee, 689 Massachusetts Avenue, Cambridge, MA 02139; to All Souls Unitarian Universalist Church, 4501 Walnut St, Kansas City, MO 64111; to the Saint Luke’s Hospice House, 3516 Summit, Kansas City, MO 64111; to Salvation Army; and to the Harvesters-The Community Food Network.