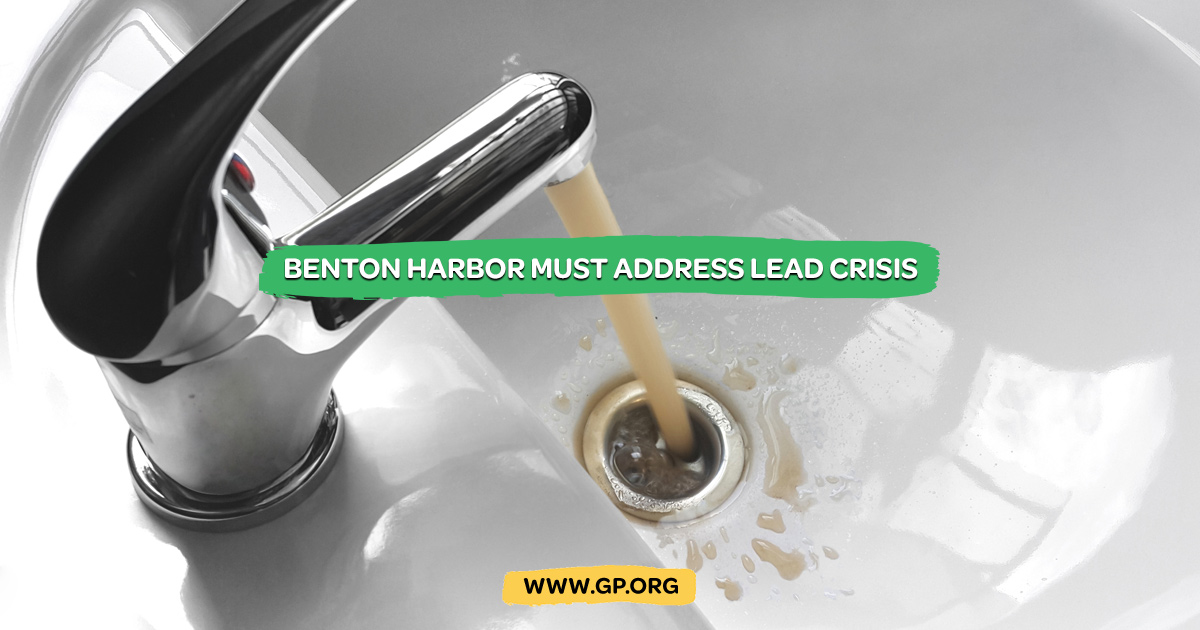 Benton Harbor, the city of no return, is among 71 water districts in Michigan that have higher lead levels in the drinking water than Flint, says the Michigan Department of Environment Quality (MDEQ). Benton Harbor joins Grand Rapids as the worst cities in Michigan for child lead poisoning, according to the Detroit Free Press.

According to MDEQ, a study in 2015 shows Benton Harbor had lead levels in its water in two locations of 38 parts per billion, and 12 parts per billion overall for the city. Some of the areas with high concentrations of children with high levels of lead in their poor Black areas. Some say it is a result of lead paint in older homes.

This is what happens when a city government pulls resources out of a community. Water contamination and lead paint in homes is killing people. There has been no plan by the city to solve the problem or to help the people of Benton Harbor.

Now the people of Benton Harbor are being destroyed by lead poisoning, health problems created by poor medical service, and by economic problems resulting from jobs not paying employees a fair living wage. The unemployment rate in Benton Harbor could be as high as 70 percent (the federal and state government claim it is less). The poverty rate is over 80 percent and I see no relief coming soon.

They are evicting senior citizens left and right, putting seniors out of their homes, they had lived in over 25 years, and not caring if they have a place to live. There isn't a more broke and outright dangerous place in the state of Michigan to live, than Benton Harbor

The justice system is out of control.The judges, prosecutors, law enforcement and especially the sheriffs department are attacking the poor and the homeless, nobody really cares. What a world we live in.

What has made matters worse is that they destroyed the school system. Whirlpool planted the seed over 20 years ago and then watched it grow. Whirlpool Corporation and the State government brought in a CEO to complete the total take over of the school system. The CEO is just another name for an emergency manager under public act 436, which gives absolute power to destroy the school and school board, which no longer exists. It is now an advisory board. I have no ideal what that means.