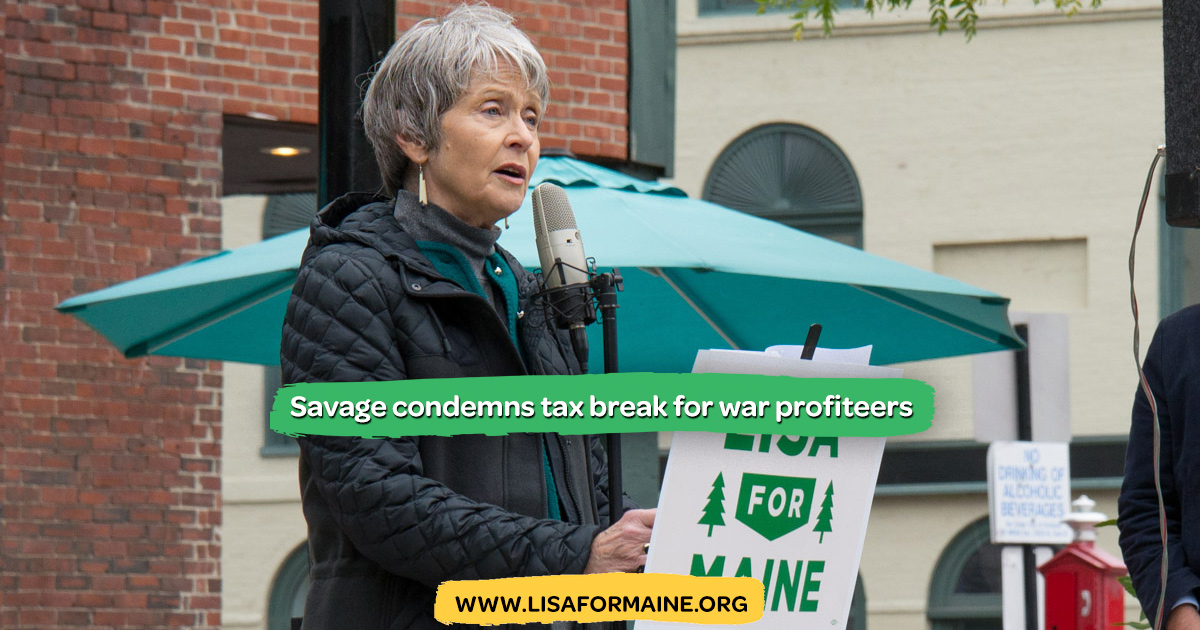 Why would our state give BIW/General Dynamics Corporation a $45 million tax cut in the first place? Owner General Dynamics is one of the wealthiest weapons manufacturers in the world and does not need corporate welfare. I worked hard to block this bill in 2018 and was part of a group that succeeded in reducing the tax giveaway amount from the $60 million originally put in the bill sponsored by Democrats Rep. Jennifer DeChant and Sen. Eloise Vitelli. A bill that both House Speaker Gideon and Senate President Jackson voted for, incidentally.

We have many urgent needs in Maine: crumbling infrastructure, underfunded public education, and many people struggling without adequate health care.

General Dynamics pays its top executives multi-million dollar salaries and bonuses, and uses its enormous profits to buy back its own stock. Meanwhile, BIW forces workers to accept multi-year contracts with no pay raises and with cuts to benefits.

BIW workers are understandably angry about the unkept promises to improve conditions for the existing workforce, and to create additional good union jobs, that this tax giveaway bill was based on.

Saddest of all is the fact that elected officials know that building weapons systems like warships is not actually a good job creation program. Do Democratic and Republican leaders in the Maine legislature realize that converting BIW to building clean energy systems would generate up to 50% more jobs according to research by leading economists? I know that Maine’s Congressional delegation knows about this research, because I have shared it and discussed it with them.

Maine could be leading the way to a sustainable, green economy by converting BIW using federal contracts under a Green New Deal. I am running for the U.S. Senate on a platform advocating just such a change, which would be a win for the climate and a win for both workers and taxpayers in Maine.

As long as a big part of our economy is dependent on endless war, these issues will not go away; as long we continue to hope that war-profiteering companies like General Dynamics are going to "do the right thing," these issues will not go away. We need to promote a local economy and a strong union workforce, and end once and for all our country's dependence on endless world conflict to fuel the endless desire for economic growth.”

Find information about Lisa’s background, her policy positions, and where to donate to her people-powered campaign at www.LisaforMaine.org.