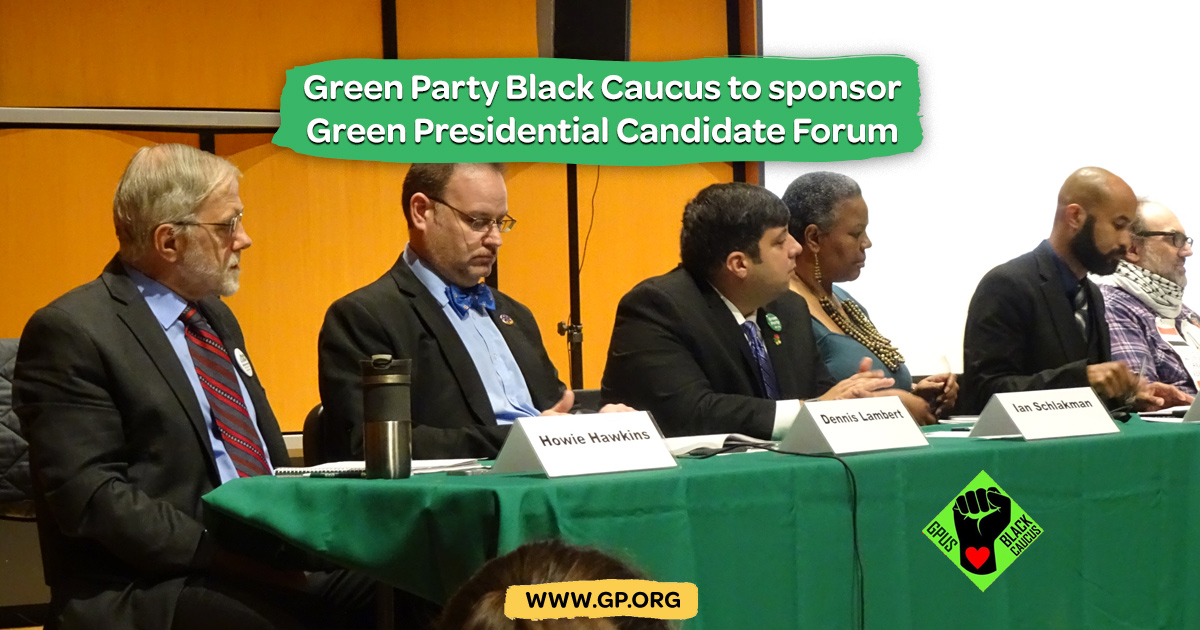 For over 50 years, the Black vote has been taken for granted by the status quo in American politics. Join The Green Party National Black Caucus (GPBC) as we ask the 2020 Green Party Presidential candidates the important questions that matter to the African American community.

Philena Farley, Treasurer of the Ohio Green Party, stated: "The 2 corporate parties in the United States do not have the policy solutions that will address the political concerns in the Black community like redlining and livable wages."

According to Eviction Lab, "Indianapolis has the 2nd highest eviction rate, under New York City." Over 500,000 people in the United States are homeless, many of them older black women. The GPBC is excited to host this opportunity to learn where the candidates seeking the Green Party 2020 Presidential nomination stand on these important matters.

Robin Harris co chair of the Green Party National Black Caucus stated that, "The number of black men and women that are killed by police in the United States is astonishing. Neither Republicans nor Democrats have been willing to overturn policies that impede justice for our community. In this forum we will explore strategies that can tackle these issues."

Getting killed by police is a leading cause of death for young Black men in America:
Khan, Mina. LA Times, Aug 16, 2019