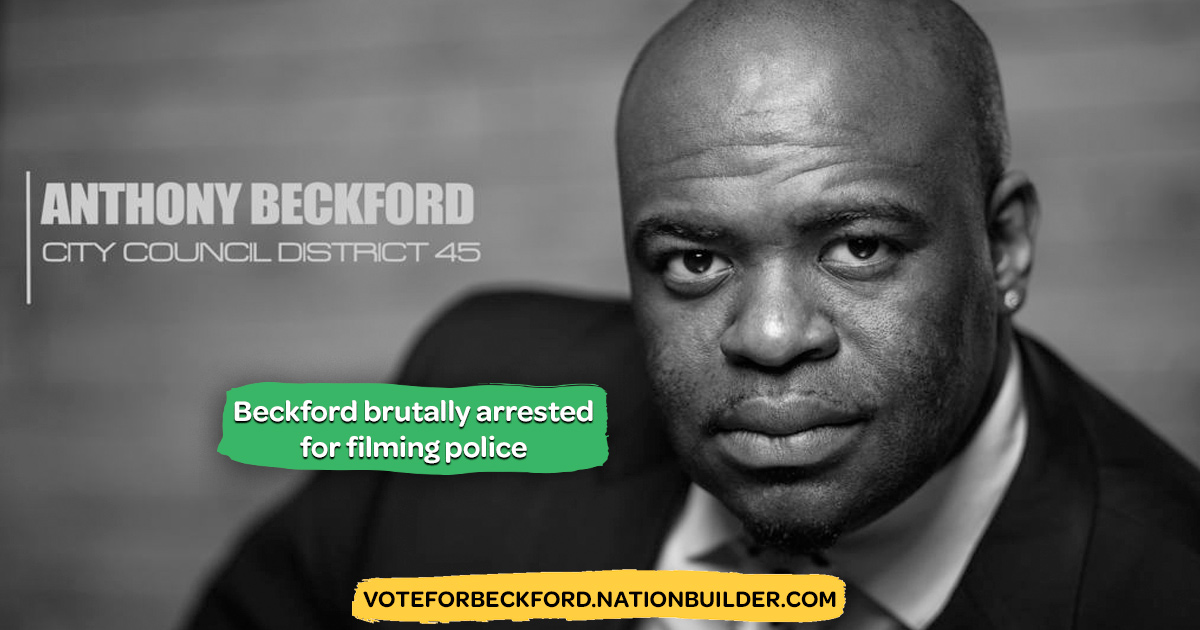 BROOKLYN, NY – Community Leader, City Council Candidate and Leader of the Brooklyn Sector of Copwatch Patrol Unit, Anthony Beckford, was brutalized, falsely arrested and had his constitutional rights violated by the NYPD on Friday August 10, 2019 during a Rally in Times Square commemorating the 5th year anniversary of the murder of Mike Brown by police. Mr. Beckford was trying to record an incident of brutality by the NYPD against a protestor, when he became a victim of severe brutality himself by the NYPD and was falsely arrested and charged.

In a short video taken by Mr. Beckford, you can hear the rage in the officer's voice and see the initial amount of unnecessary force used by the officer as he pushed Mr. Beckford numerous times for no justified reason at all. You can even see another officer come to the officer to stop him from brutalizing Mr. Beckford, after being told repeatedly to relax by Mr. Beckford who tried to defuse the situation. Once Mr. Beckford expressed his rights and demanded the badge number and name of the officer, that is when a commanding officer and other NYPD officers decided that it was time to cover up their abuse by falsely arresting Mr. Beckford.

"I am in pain, emotionally and physically. I am disappointed and disgusted with the actions of this officer and his colleagues. My rights were violated and I truly feared for my life. The behavior of this officer is why I have always advocated for Justice and Accountability. I am demanding that the false charge against me to be dropped and for the officers involved in the brutality against me and my false arrest to all be held accountable for their abuse of power and force." - Anthony Beckford