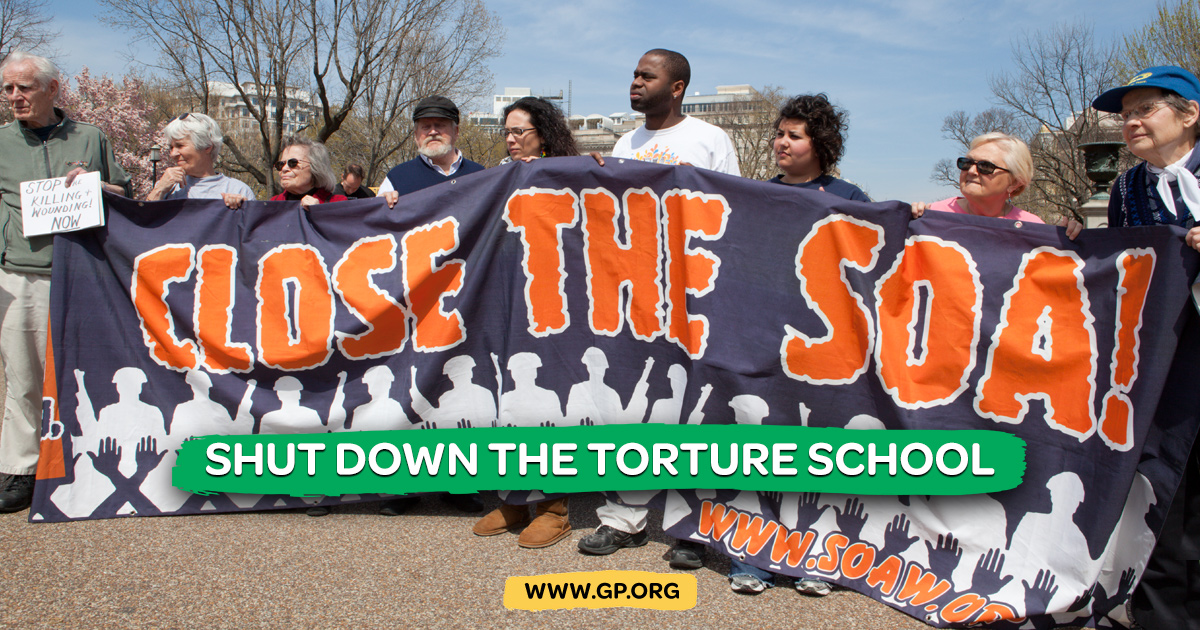 "We've endorsed the Annual Border Encuentro to highlight the disastrous effects of U.S. political, economic, and military intervention in Latin America," said Dee Taylor, Co-Chair of the Green Party Peace Action Committee, which sponsored the endorsement. "The School of the Americas has trained over 80,000 Latin American military and police officers since its founding in 1946. These officers have been connected to some of the worst violations of human rights in the region and include nearly a dozen Latin American dictators, some of whom have overthrown democratically elected leaders in coups."

A military coup led by graduates of the School of the Americas and enabled by U.S. leaders including then-Secretary of State Hillary Clinton overthrew the democratically elected president of Honduras in 2009. Since then, subsequent administrations have facilitated corruption and criminal control of the country, and thousands of indigenous community activists, peasant leaders, trade unionists, reporters, environmentalists, lawyers, judges, opposition political candidates, and human rights defenders have been murdered.

"U.S. policies under the guise of "border security" have driven migration as people from Central America seek to escape the violence and repression created by U.S. militarization and intervention in their countries," said Dr. Rodolfo Cortes Barragan, Green Party candidate for the U.S. House of Representatives, District 40. "The current administration's immigration policies, including the recent order by Attorney General Jeff Sessions ending asylum for victims of domestic abuse and gang violence, will prevent these immigrants from seeking protection in the United States."

A former Salvadoran army colonel trained at the School of the Americas was extradited to Spain from the United States last November to stand trial over the killing of six Jesuit priests, their housekeeper, and her daughter in El Salvador in 1989. Nineteen officers involved in the killings were trained at the school.

"The School of the Americas continues its long tradition of undermining democratic governments and human rights," said Joy Davis, Green Party Co-Chair. "It's time to close the school and commit to a foreign policy based on the Green Party principles of ecological wisdom, social justice, grassroots democracy, and non-violence."