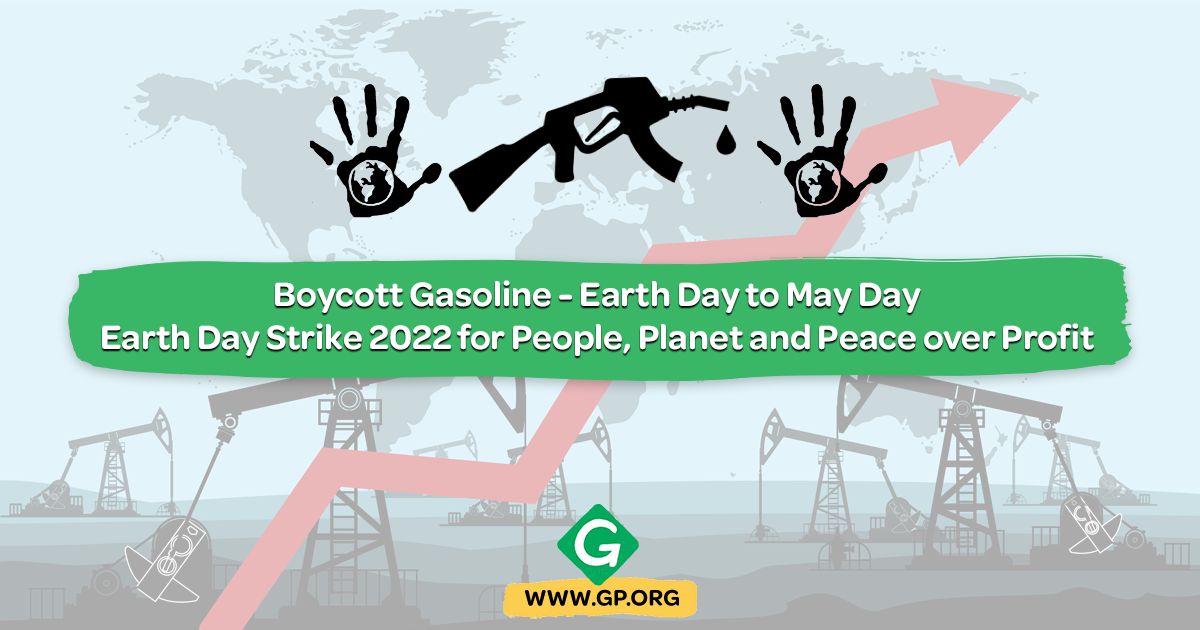 Earth Day Strike 2022 for People, Planet and Peace over Profit

As armed conflict drives us closer than ever to the brink of nuclear annihilation – we are also plunging over the cliff of climate catastrophe!  Oil and gas are fueling both of these disasters.

Fossil fuels are the #1 source of greenhouse gases destroying the climate.

Likewise, the war in Ukraine – like past and present conflicts in Yemen, Iraq, Libya, Afghanistan, Syria, Nigeria, Sudan and more – are driven by disputes over fossil fuels and transport routes, compounded by ethnic/religious tensions and corrupt, ruling oil elites.

Fossil fuels not only underlie these conflicts. They also power the production of weapons & the conduct of war, making the US military, for example, the world’s largest single institutional producer of greenhouse gases.

We must hit profiteers where they feel it. Let’s slow the cash flow through the economic pipeline that fuels the banks, oil barons & war makers from Earth Day to May Day – ten days to steer away from war and climate crisis!

Pledge to Join the Gasoline Boycott Now at www.EarthDayStrike2022.org

Peace Action Committee of the Green Party of the United States
gpus.org/committees/peace-action/