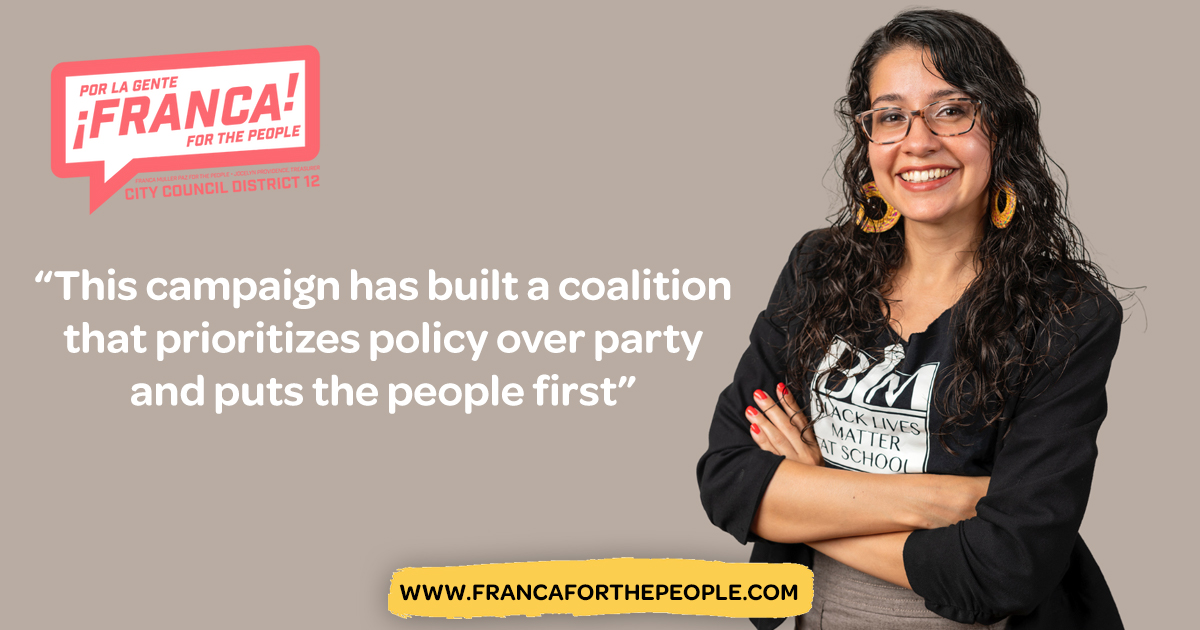 Zeke Cohen, a Democratic member of Baltimore City Council, is endorsing Green Party candidate Franca Muller Paz in her bid to join the board.

In his announcement Monday, Cohen said the city needs leaders who are "unafraid to fight for justice, even when there are consequences."

For decades, Democrats have held every office in Baltimore government, but Muller Paz has gained traction with her progressive, grassroots campaign that has raised around $100,000 since its inception. Muller Paz's fundraising efforts have been fueled by hundreds of small dollar donations from contributors across the country. Locally, she's been aided financially by the Maryland Green Party and the Baltimore City Green Party.

Stokes, a first-term councilman but a longtime presence inside City Hall, raised $0 in the most recent campaign finance reporting period, and he also reported no contributions in an earlier filing that covered May 18-Aug. 18.

Stokes is an ally of outgoing Mayor Bernard C. "Jack Young and he previously worked for then-Councilman Carl Stokes (they're not related), then-Mayor Kurt Schmoke, former City Council President Lawrence Bell and U.S. Rep. Kweisi Mfume, among other local officials. All are Democrats.

Cohen is not the only Democrat to back Muller Paz. Democratic Baltimore Del. Robbyn Lewis made a small donation to her campaign. But no other members of Baltimore City Council have broken ranks with their colleagues to endorse Muller Paz.

At a morning news conference to announce the endorsement, Cohen said he and Muller Paz co-chaperoned a trip 12 years ago to New Orleans for students from West Baltimore to assist with the cleanup after Hurricane Katrina.

"Franca was born in Peru. My students lived in West Baltimore their whole lives. Yet she found a way to connect," he said. "With Franca they felt safe, and they felt seen. She treated those kids like they were her kin. She treats every child she teaches like family."

Muller Paz thanked Cohen for his support, highlighting that he is a fellow educator and longtime friend.

"This campaign has built a coalition that prioritizes policy over party and puts the people first," she said. "More of the same isn't enough, and we recognize that we must move forward with a new vision for Baltimore."