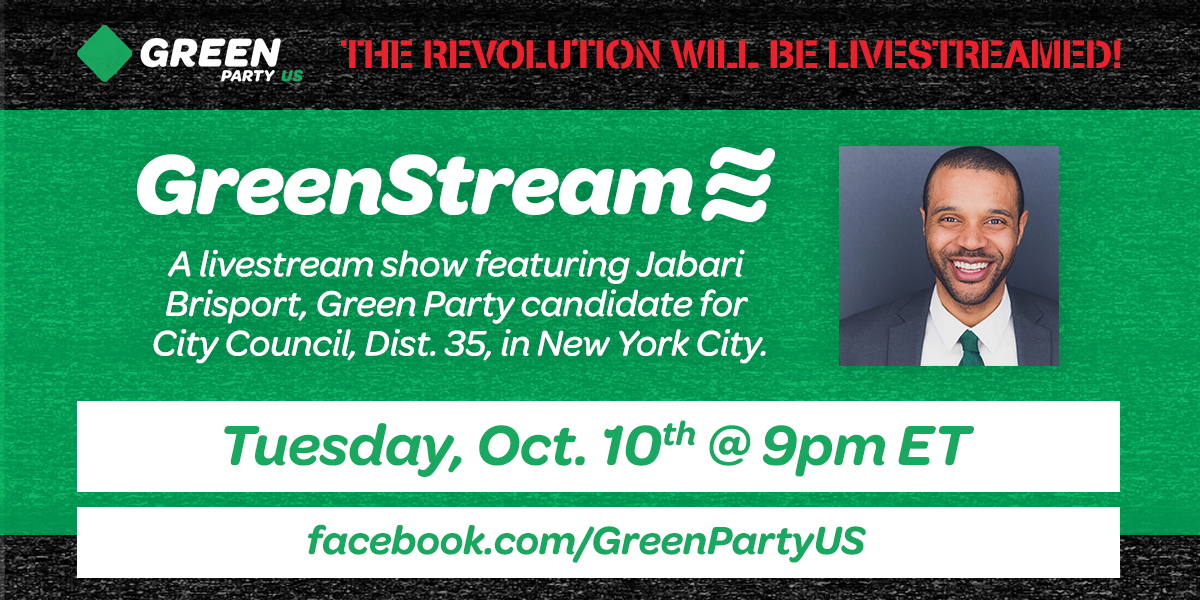 WASHINGTON, D.C. -- The next broadcast of GreenStream, the Green Party's livestream show, will feature an interview with Jabari Brisport, Green candidate for City Council, District 35, in New York City.

Gloria Mattera, co-chair of the Green Party, will interview Mr. Brisport. Technical producer for the show will be Craig Seeman.

Jabari Brisport, the proud Caribbean son of an immigrant father and a tireless mother, is an artist, educator, and activist who has spent the past ten years creating political theater and marching in the streets.

After attending NYU, where he was a founding member of The Glass Theater Company, and Yale School of Drama, Mr. Brisport joined the anti-racist artist collective Artists for Change, which held marches, protests, and online petitions to address the crisis of police violence. For the past seven years, he has performed with the political comedy theater group Political Subversities.