Building the Movement for Eco-Socialism 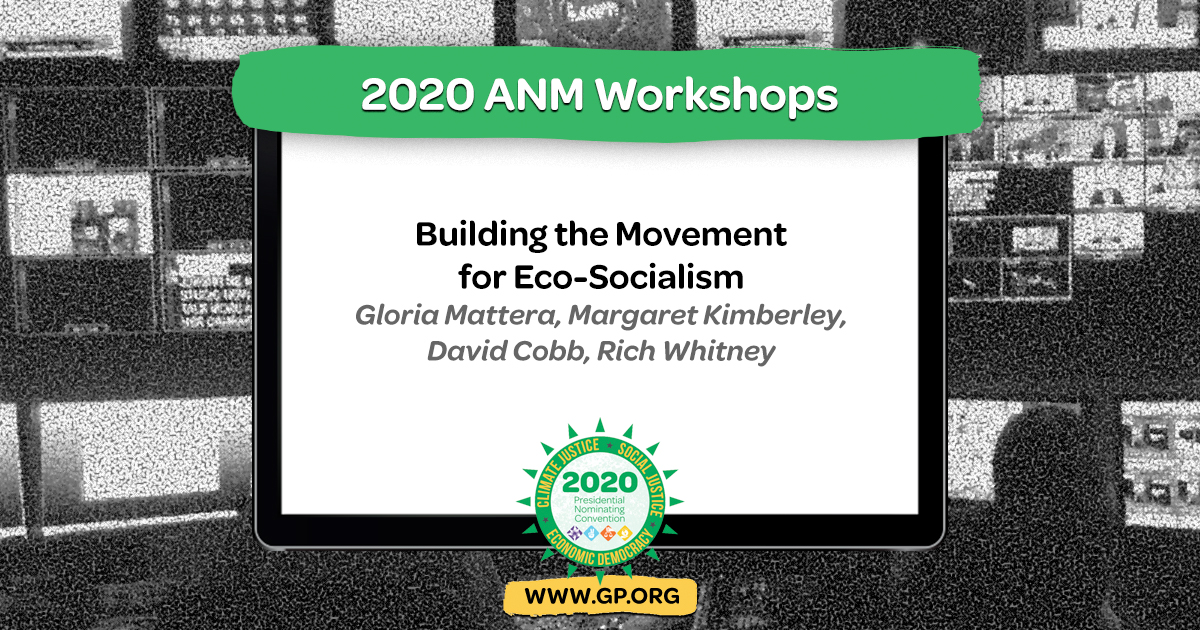 In the U.S. and around the world, there is a growing movement in support of the “solidarity economy,” which aims to build democratic worker-owned cooperatives and related community-based organizations that can serve as the building blocks of a new economic system. This movement is compatible with the aims of the Green Party, as expressed in the “Eco-Socialist” platform provisions adopted by the party in 2016. Eco-Socialist Greens are in the process of building a Green Eco-Socialist Network that can help build ties between the Green Party and this movement, with a view toward helping advance the movement in the political arena.