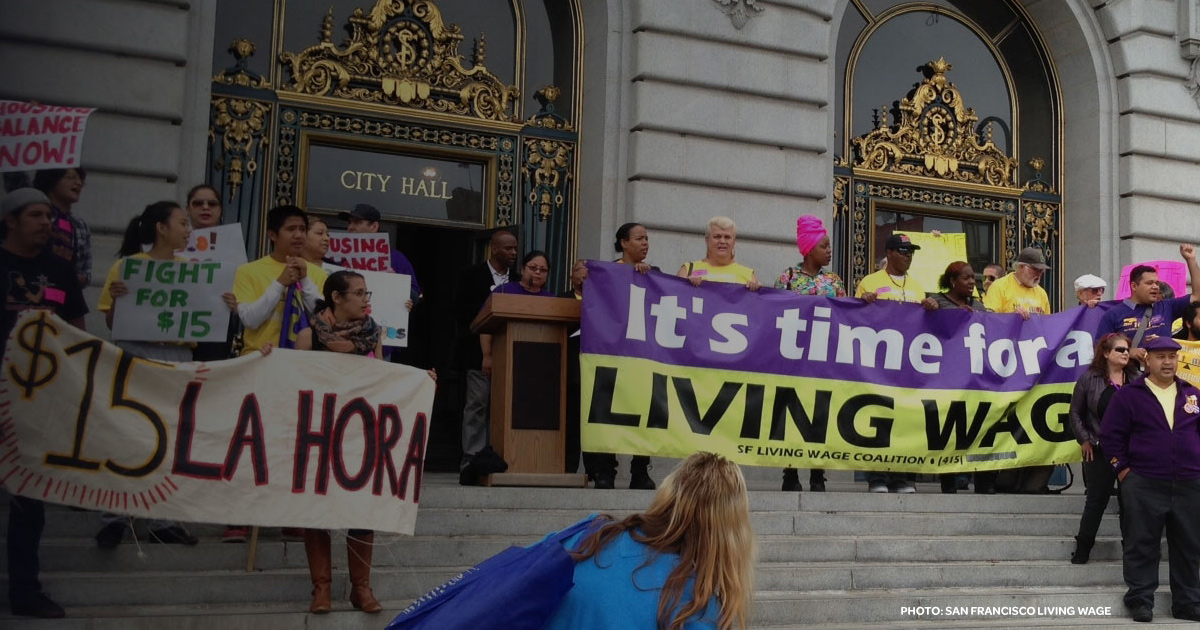 Labor Day is a celebration of labor, so this Labor Day, we in the California Green Party, extend our gratitude to all laborers who have built our economy, and we vow to continue the fight for improvements in wages and working conditions for laborers through actions and not mere words.

Under the harsh and unsafe working conditions in the late 1800s many Americans labored for 12 hours a day, seven days a week, in physically demanding, low-paying jobs. Today, industry deregulation and deteriorating working conditions enforced by profit-focused corporations have led many to work multiple part-time jobs that still fail to provide a living wage.

Elected Greens and Green Party activists across the country, have been working to create an economic system that offers meaningful and sustainable work, and that allows all members of society to thrive instead of being left struggling to survive.

Among many California Greens who have worked for decades with campaigns like the Universal Living Wage Campaign, and Fight for Fifteen, to establish wages that cover local housing costs and keep families out of poverty, is Barry Hermanson, co-chair of the SF Living Wage Coalition and past Green Congressional Candidate in California’s District 12. Hermanson coauthored the successful 2003 San Francisco minimum wage initiative which was a key victory that helped leverage the advancement of living wage efforts both statewide and nationally.

Asked about the successful initiative, Hermanson said, “Improving wages for temporary workers was my primary reason for starting a temporary employment service in 1980 and operating it for 25 years. Profits from that business funded the 2003 ballot measure in San Francisco that raised the minimum wage from $6.75 to $8.50 per hour for 50,000 workers. The U.C. Berkeley Labor Center said that at the time this was equivalent to transferring $100 million per year into the pockets of low wage workers.”

Today, the California Green Party continues its quarter century fight for workers through its three congressional candidates on the November 6 ballot, Kenneth Mejia, Dr. Rodolfo Cortes Barragan, and Laura Wells. All three strongly address labor struggles in their platforms, and oppose the continuous and building attacks on unions that have resulted in losses of health coverage, pension plans, domestic jobs, and rights to strike. Along with wage increases, they will fight for worker safety, food safety, strong unions, rent control advances (like this year’s Prop 10) and the reversal of the environmental degradation that continues to assault both workers and the planet under the current political leadership in this country.