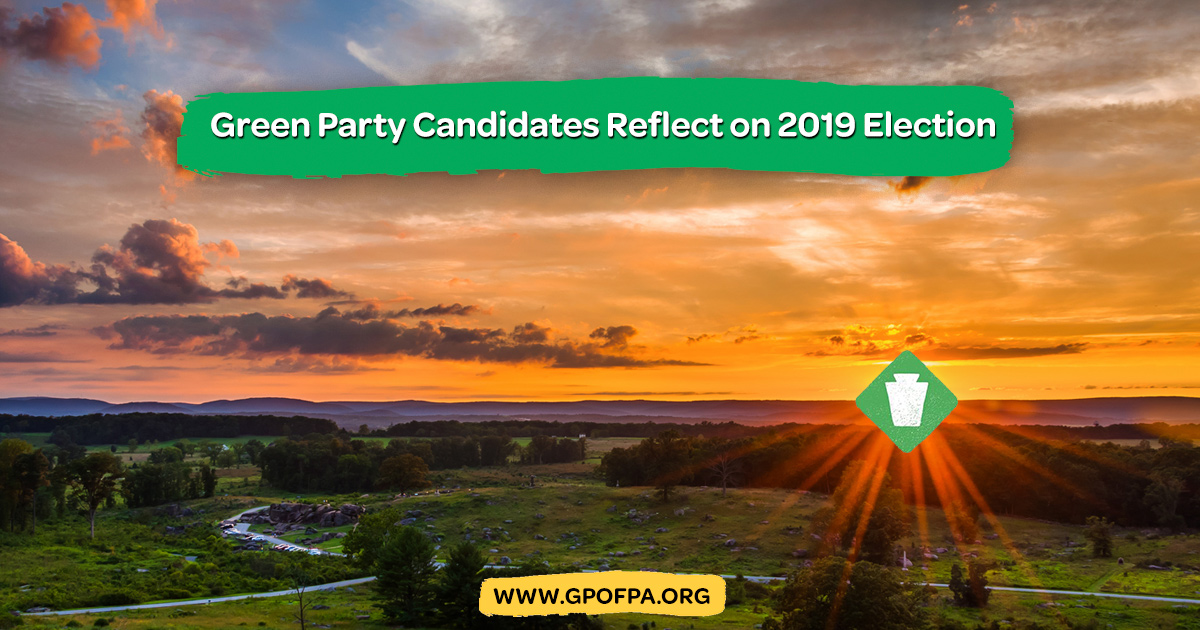 PHILADELPHIA – County affiliates of the Green Party of Pennsylvania (GPPA) had four candidates on the ballot for local office in the 2019 General Election. There are many motives leading people to run for office, including the belief that they just might win. While one of the candidates actually did win her election, all four Green Party candidates have given us some insight into their rationale for running and what they learned from the experience. 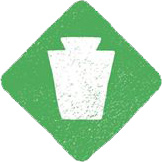 The easy part of running for office turned out to be talking to people about the Green Party Ten Key Values. Really, they seemed to appeal to people from all walks of life and all political loyalties.

I guess I would say to someone thinking about running for office that it might feel like a daunting and overwhelming process, but that there are lots of places to get support along the way. The Green Party of PA website has great resources for reading about the process, both step-by-step and overall guides. Also the Green Party of Allegheny County staff and members were really supportive with the process and encouragement! [Tara came in first place with 878 votes.]

School had always been incredibly difficult for me, and one of the main reasons was that I've been an insomniac since I was a baby. I never got enough sleep which led to almost daily tardiness, missed classes, and sometimes low grades. I had heard that there has been legislation to move the school starting times later proposed for about 10 years, and the reasons they gave for refusing to vote on it seemed silly to me. I decided that since I was going to turn 18 the day before the Primary Election, I might as well throw my hat in and see if I could stir up a conversation and maybe push the board to finally act on that issue.

Honestly I thought most people were going to scoff at me and view my campaign as a prank or some attempted mockery. When I went door to door collecting signatures, however, an overwhelming majority of people not only agreed with me on the issues but were also excited by my candidacy.

In the end, I got 807 votes which -- while only being 4% of the total votes cast -- was still a sizable number of people. Not to mention, I successfully managed to generate a lot of buzz and get people talking. Overall, this was a very good experience for me that not only helped with my growth as a person, but also taught me lots about running a campaign and interacting with voters. It was a bit overwhelming at times, but I'm absolutely glad that I did it.

The School Board had voted to close Audubon Elementary School and then let it sit vacant. If it couldn't be used as a school, why couldn't Audubon be used as a community center or for recreation? We're paying to maintain it, and getting nothing out of it. That would have ended, if I had been elected. I'm sorry we didn't win, for our kids and our community. But I couldn't be prouder of the campaign we ran and the hard work we did for 629 votes. That is nothing to scoff at.

We earned every single one of those votes. I just want to say, "Thank you," to everyone who volunteered, donated, voted for me or put up signs! Your support was what kept us going. Here's what I can promise you: I don't quit, and I never will. I am not discouraged. We gave 629 people a Green Party option they otherwise wouldn't have had. I'll never regret fighting for that.

I actually ran for Auditor as well as Township Supervisor. I did get 74 votes (14 percent) for Supervisor. I also received 83 votes (17 percent) for Auditor. I know little of the man I ran against for Auditor. My opponent for Township Supervisor was a man who has been in the local government in Latimore Township for quite some time and is very well known in the community. I knew my chances were slim. I didn't really have the time and means to put a lot into the campaign, but I always believe it is important to make a statement against the two-party system. I find it most important in the smaller local elections such as the one I ran in.

My collection of signatures was a fairly simple process. I was able to get more signatures than necessary to get on the ballot in a few hours on Primary Election day. I stood outside and met voters after they cast their ballots. My approach was simple. I just stuck to telling people about the Green Party and our Ten Key Values, along with the importance of other voices being heard outside of the two-party system.

I actually received a much more positive response from the voters than I would expect in such a Republican dominated district. At this point, I am quite pleased with the response this November. Now with more name recognition, I hope to continue to run in local elections again in the very near future. I would also like to thank everyone for their support and certainly for their votes.

"Our Ten Key Values"
Green Party of the U.S.

"BE the Change You Want to See, Run for Office"