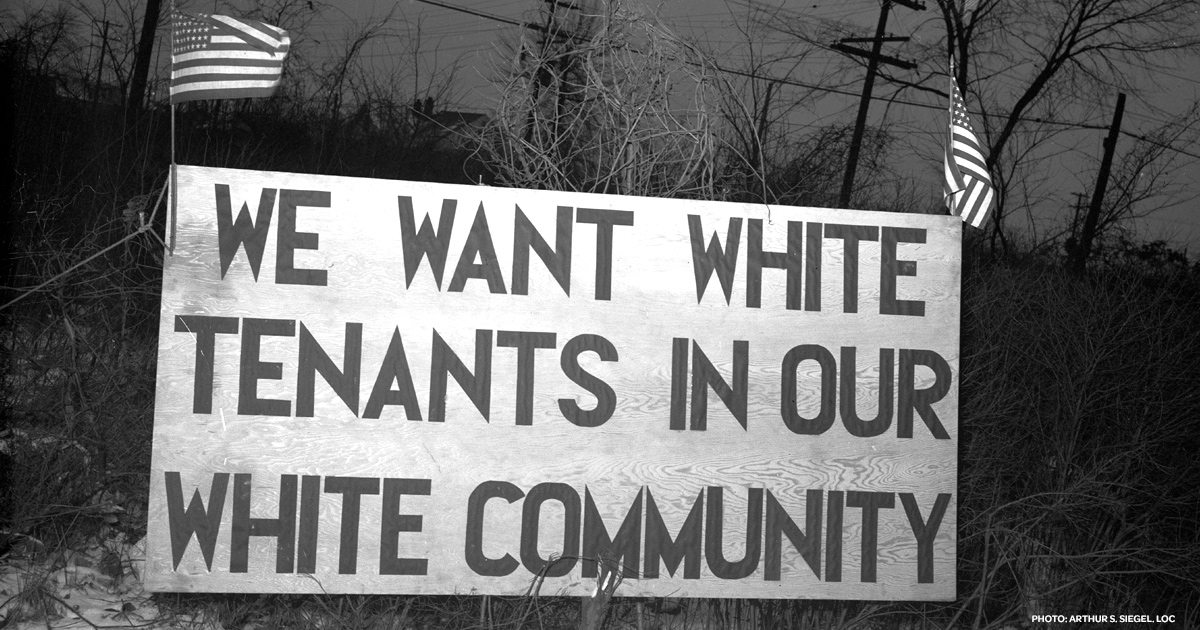 "Biden as a neoliberal white supremacist imperialist was always clear where he stood."

The story of Trump's white nationalist tweets is still the object of intense discussion with the Democrats denouncing him and the Republicans giving support to his worldview as normal and consistent with "American values." Even so, Joe Biden refused to condemn Trump's Department of Justice for not prosecuting the cop who applied a death choke on Eric Garner in New York.

So even before Democrats were able to realize some political advantage by juxtaposing the supposed difference between themselves and the Republicans, Biden upended that by providing a refreshing dose of reality. His endorsement of impunity for killer cops reminded the public of the racial opportunism that the Democrats have turned into a science over the last few decades.

Exploiting the less subtle expressions of white supremacist thought and practice from Republicans, the Democrats have pulled off an amazing feat – advancing a neoliberal, white supremacist program of austerity, mass incarceration, economic devastation, gentrification, and generalized state violence against the Black working class while projecting themselves as the friend of Black people.

But reality has an inconvenient way of imposing itself, even when the tendency is to try and avoid it.

While the new racial warriors running for office in the Democrat Party fell over themselves condemning the Trump administration for not prosecuting Eric Garner's killer and excoriating Trump for his racist tweets, Biden's non-condemnation was a sober reminder of the complexities of race and racist politics in the U.S.

"The Democrats have advanced a neoliberal, white supremacist program while projecting themselves as the friend of Black people."

There is no doubt that the young Black opportunists helping to run Biden's campaign probably wanted their man to forcefully condemn the Trump administration, but they faced a dilemma. They knew that his condemnation could very well open him up to the charge of hypocrisy by his opponents. They remember thatthe Obama administration – which Biden was obviously a part of – only prosecuted onekiller cop in the entirety of its eight-year reign.

And so here we are. The "squad" condemns Trump for his white nationalism, not understanding that as a white supremacist settler-colonial state, white nationalism is "American" nationalism.Until there is break with that history and reality, and with Biden, who like Trump either understands that reality better or is more honest than the squad.

Biden as a neoliberal white supremacist imperialist was always clear where he stood. His voting record and policy support for war on Iraq; the dismembering of Syria; the U.S./ NATO attack on Libya that turned the most prosperous nation on the African continent into a real "shithole country;" and support for Trump's campaign to buttress the white minority oligarchy in Venezuela by implementing a regime change program was not much different than that from Trump. Most of the Democratic Party supported these policies.

"The Obama administration only prosecuted one killer cop in the entirety of its eight-year reign."

This all begs the question: how do we then define a "racist" and white nationalist? Is it only through the easy and obvious markers, like the marchers in Charlottesville or Trump's latest tweet? Or is it also reflected in institutions and structural relationships?

I am sorry, but there are more white nationalists in the U.S. than folks want to admit. Not acknowledging the U.S. as a white supremacist settler-state translates into a fundamental error. AOC along with other liberals and most of the Eurocentric left are not calling for a break in the history of the U.S. state. They are not calling for authentic de-colonization. By not doing so, they are embracing the perspective of the invader.

Really, what is this "America" that the squad loves and claim to be a part of? AOC's family is from the colony of Puerto Rico. Tlaib's America is probably the most Islamophobic country on the planet. Omar's native land of Somalia became one of the first of the so-called "failed states," those states where U.S. and Western imperialism plunders and then pretends that the state failed as a result of its internal weaknesses. Pressley, as an African American, is part of a captive population subjected to 243 years of enslavement, 100 years of post-slavery apartheid, and 54 years of benign neglect.

"Not acknowledging the U.S. as a white supremacist settler-state translates into a fundamental error."

These are the practices and policies of a state and society committed to upholding white colonial/capitalist power. The squad must understand that if one's people are part of the working class and nationally oppressed, you don't beg to become part of that de-humanizing and degrading machine. You don't call for integration or for the recognition of your rights, which is not going to happen. No! You fight and struggle for your inherent dignity, understanding that human rights are not going to be granted by the oppressor.They have to be won through ferocious struggle.

The Trump forces are laying out the terms of struggle in stark, unambiguous terms. However, the mistake being made by liberals and some left social critics is framing this struggle as a fight between two contending visions of "America": the white nationalist bad America versus the mythological liberal trope of the kind, inclusive, tolerant, justice-seeking America.

This latter construction is an ideological mystification that only props up liberal hegemony and blunts revolutionary consciousness. From the point of view of the conscious, colonized victims of this state and society, the distance between Trump's "Make American Great Again" and Obama's U.S. exceptionalism is minimal.It is the same brutal, violent, oppressive reality that has made the U.S. the enemy of collective humanity on the planet.

Absent the sanctimonious moralizing of liberals, there is an ideological consistency from the "doctrine of discovery" to "manifest destiny" to the Monroe Doctrine to the "full spectrum dominance" that justified and rationalized the naked brutality and genocidal policies of white colonial power.The ideological resonance of the latest incantation of white supremacy in the form of "theresponsibility to protect" – the contemporary version of the 'white man's burden" – testifies to the resiliency of the inculcated assumptions of white supremacy and lawless privilege.

If the squad really had some politics and a worldview that transcended liberalism, they would have utilized the Trump tweets as a "teachable" moment to highlight this contradictory reality of the U.S.

Of course, that did not happen because liberal respectability politics and obsequious pandering is all that we can expect when liberalism is in command. What this latest racial flare-up will be reduced to is the boring trope of racism as an individualized set of psychological dispositions that only decries the bad and obvious racists. Unfortunately, the squad's embracing of the Obama-like, "we are the world" liberalism obscures and distorts the uninterrupted oppressive nature of the settler-state and its core value of white privilege, institutional violence and belief in the natural superiority of the white West. This will only enhance the ideological power of the Trumpian forces.

"The squad's embracing of the Obama-like, 'we are the world' liberalism obscures and distorts the uninterrupted oppressive nature of the settler-state."

When Ronald Reagan launched his campaign for president in Philadelphia, Mississippi, the message was clear: the white counter-revolutionary process of President Nixon against left forces – and particularly against the Black Liberation Movement – was going to be intensified not only in the U.S. but globally. Unlike under Trump, the message was subtler, but it was still clear: white power was ready to take center stage again. Thanks to concessions from Democrat and Republican administrations all the way through the Obama years, the ideology and strategy has culminated in the Trump administration.

The radical transformation of the social, political, and economic foundation of the U.S., in short, a social revolution, is the only solution to the disease of white supremacy. The final contours of what the U.S. might be will only result from the horrific fight that must be waged to dislodge the power of the white supremacist, colonial/capitalist patriarchy. What is certain – and what the squad and all of their supporters must understand – is that appeals to morality and undignified attempts to ingratiate oneself into this barbarism will only further embolden the extreme right represented by Trump and the even more insidious neoliberal white supremacist right of Biden, Obama and Pelosi.

Ajamu Baraka is the national organizer of the Black Alliance for Peace and was the 2016 candidate for vice president on the Green Party ticket. Baraka serves on the Executive Committee of the U.S. Peace Council and leadership body of the United National Anti-War Coalition (UNAC). He is an editor and contributing columnist for the Black Agenda Report and contributing columnist for Counterpunch. He was recently awarded the Serena Shirm award for uncompromised integrity in journalism.