They can't keep Chikesia Clemons down 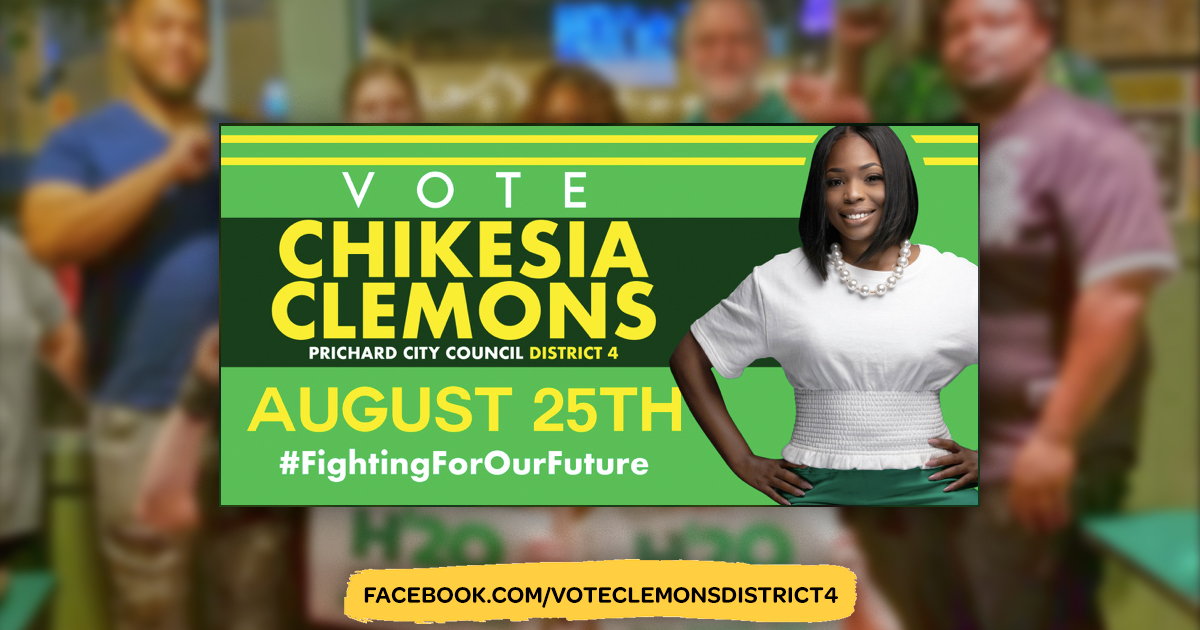 Last year I reported here about her case and there is a lot to update. The incident started when Chikesia asked for plastic cutlery for her takeout order at a Waffle House in Saraland, Alabama, two blocks from where she was living at the time. Unlike her previous takeout orders, this time Waffle House wanted to charge her for the utensils. She asked for the phone number of the district manager. Waffle House called the police.

What happened when three officers arrived was captured on video by Chikesia’s friend, Canita Adams. Chikesia, who is just sitting, gets wrestled to the floor by the officers, exposing her breasts. One officer threatens to break her arm and then starts to put a chokehold on her.

The police charged Chikesia with disorderly conduct and resisting arrest. The video shows police brutality and harassment for non-criminal behavior, another case of what millions of people have been in the streets protesting since the George Floyd murder. It is an example of policing the boundaries of the New Jim Crow where municipal and school district lines are patrolled to keep working class Black people down and out of upscale white communities. Saraland is a 90% white suburb of Mobile. Chickesia came up in adjacent Prichard, which is 90% Black.

At a bench trial on July 23, 2018, the judge in Saraland Municipal Court found Chikesia guilty of both charges and ordered her to pay a $200 fine plus court fees for each charge. He sentenced her to 10 days in jail to be suspended if she completes one year of informal probation. Chikesia appealed, expecting to get a different outcome from a jury in the Mobile County Circuit Court than from the judge in white Saraland.

Her jury trial came in August 2019 and ended with a split verdict of not guilty of disorderly conduct but guilty of resisting arrest. In September, the judge sentenced Chikesia to a $500 fine and six months in jail to be suspended if she completes a year of probation. Chikesia is appealing the verdict on the grounds that she is being penalized for resisting arrest for a crime (disorderly conduct) that the trial found she did not commit. That appeal has not moved due the COVID-19 lockdown.

In November, attorney Benjamin Crump filed a civil rights lawsuit on Chikesia’s behalf against Waffle House in Georgia, where the company is headquartered. Waffle House supported Chikesia’s prosecution. That case is stalled as well due to the lockdown.

Over the course of this ordeal, Chikesia lost her job. She was forced to move multiple times due to harassment. Her seven-year-old child faced teasing at school.

All these trails and tribulations have not kept Chikesia down. In July 2019, as she was awaiting her jury trial, she organized a Community Giveback Drive that provided 500 book bags with school uniforms, supplies, and information on voter registration and domestic violence in her hometown of Prichard. 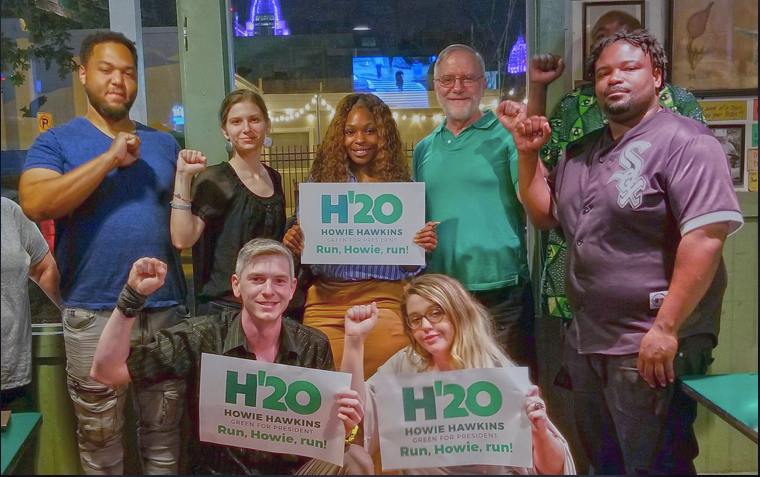 This summer, Chikesia is running for Prichard city council. Prichard is a poverty-stricken city of 22,000 people, one-third whom live below the poverty line, including half of the children. The median home values and incomes are half the Alabama state average.

Chikesia’s campaign is focused on door knocking, listening to her constituents, and responding to their concerns. She is hearing that potholes, abandoned buildings, and the dumping of construction debris, tires, and other waste in abandoned lots are top concerns.

Chikesia’s 4th council district has a population is 5,000 people, but only about 500 have voted in recent elections. It’s four-way race, but only Chikesia is door knocking. Chikesia is building a list of supporters to pull out for her on election day, which is August 25.

Chikesia is running to win. She would welcome contributions from Greens to help her pay for campaign literature and yard signs. Go to https://secure.actblue.com/donate/chikesia-clemons-for-prichard-4-district-city-council-1 to help.

The ballot is nonpartisan, but electing people like Chikesia to local office is how we will build the Green Party from the bottom up.