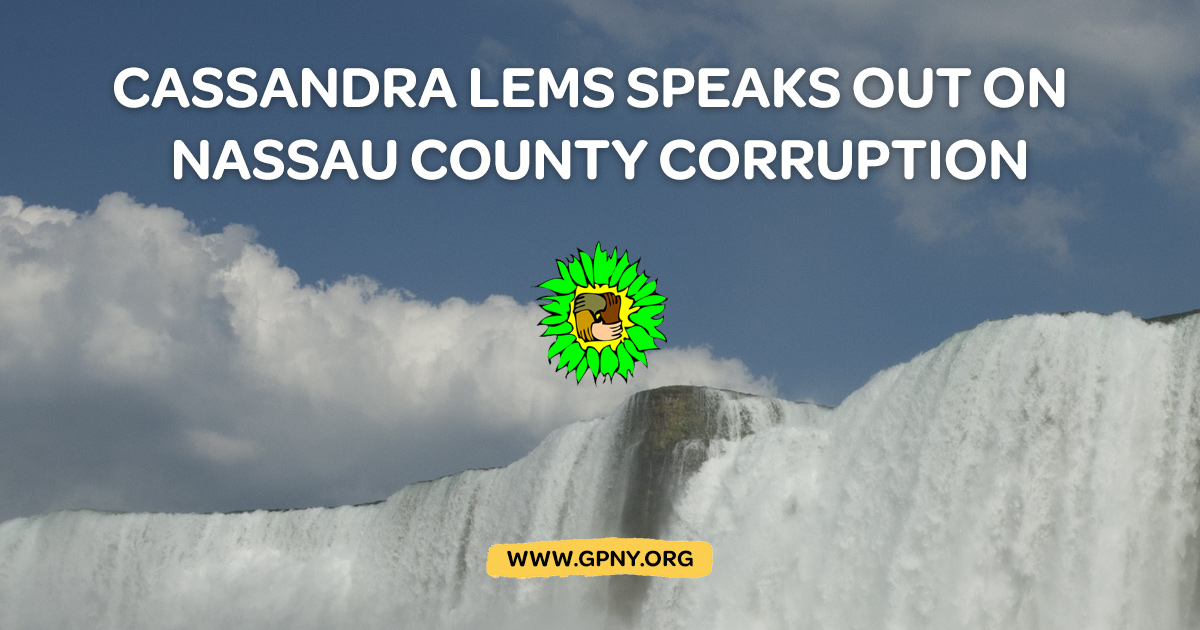 As Green Party candidate for County Executive, I question whether either Democrat Laura Curran or Republican Jack Martins will be able to end corrupt hiring and contracting practices in Nassau County, since both candidates are taking money from individuals and companies that deal with Nassau County. Both parties will always have a problem with pay-to-play if they continue to accept such monies. And voters will always—with justification -- mistrust the motives of their governmental representatives.

The political patronage system causes a lot of waste in government. People who are not qualified for certain jobs are appointed because they contributed money or time or service to political campaigns. One example of this from my own experience is that the president of a local Young Republicans club somehow ended up in charge of the emergency management program with which I volunteer, not because he was particularly qualified but because of his politics. This use of patronage is far too common in Nassau County politics. This is not an efficient or ethical way to staff government positions. 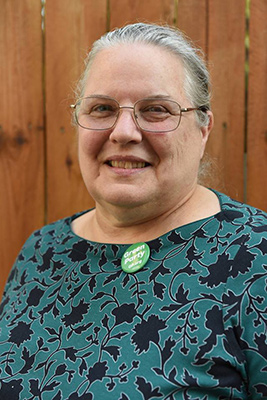 If elected, I will work to eliminate political patronage hiring practices. Currently, the Democrat and Republican incumbents and their political bosses determine who is appointed to many government positions. Jobs are handed out as rewards for political support. Once I am in office, government employees will instead be hired based on their skills and experience, and not according to the political party they belong to or the amount of money they contributed to the county executive or legislators.

The Green Party is not a political machine in the way the Democrats and the Republicans are; we are a grass roots organization, and we do not have political bosses who run the party and decide which candidates will appear on the Green Party line.

Pay-to-play will not end until candidates of all parties stop accepting contributions from individuals and corporations who do business with the government, or who hope to do business with the government. The Green Party is in favor of full public financing of political campaigns. Green Party candidates do not accept any campaign funds from special interests or corporations. Meanwhile, pay-to-play can and will end only when we stop electing candidates from the same old “big” political parties to office.

Nassau County must overhaul the procedure for vetting county contractors. I will institute a system wherein proposals are evaluated on their merits, and we will not accept bids from contractors who make large contributions to political campaigns.

Until Nassau County and other New York governmental entities enact full public financing of campaigns, there will always be problems with corruption based on pay-to-play. Money corrupts politics, and the public knows that all too well. Needed reforms include limits on candidate expenditures, a halt to private contributions once a candidate qualifies for public funding, and free and equal access to the media for all ballot-qualified parties. As County Executive I will work toward securing these reforms. In the meantime I will do all I can to also make County contracts and hiring practices as transparent and ethical as possible. In this regard, I support the establishment of an independent County Inspector General to investigate contracts.