Celebrate the "Other MLK Day" 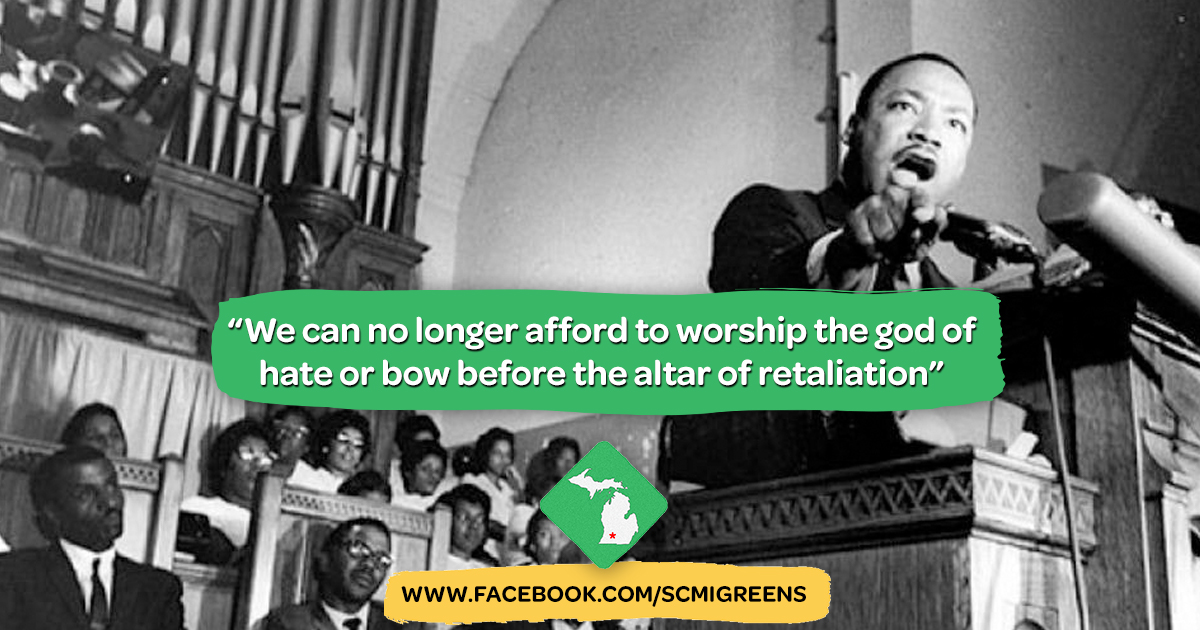 JACKSON, MI – To celebrate the "Other MLK Day", there will be a public reading on Zoom Saturday, April 3 from 10am to noon of Dr. Martin Luther King, Jr.'s speech "A Time to Break Silence" -- also known as the "Beyond Vietnam" speech.

Dr. King originally made the speech at Riverside Church in New York City on April 4, 1967 -- a year to the day before he was assassinated while supporting the Memphis sanitation workers' strike.

April 4 is Easter this year, so the sponsoring group -- the South Central Michigan Greens local -- is commemorating Dr. King one day early.

Anyone attending may listen to -- or read a portion of -- the speech, in which Dr. King called for a "revolution of values" and said: "When machines and computers, profit motives and property rights are considered more important than people, the giant triplets of racism, materialism, and militarism are incapable of being conquered."

The reading will be a virtual event held as a Zoom meeting. Anyone who wants to attend can visit the link for the meeting:

Those interested in helping read the speech are asked to contact the sponsors by the end of the day on Wednesday, March 31 to help with co-ordinating the event -- which is listed on Facebook:

Readers and listeners can both find more details on the event, including a copy of the speech and other ways to access the Zoom meeting, at this page.

Other upcoming events of the South Central Michigan Greens include:

Its next monthly meeting on Zoom, scheduled to run 10am to noon Saturday, April 24.

The annual spring Labor History Walk in Marshall on Saturday, May 1 -- International Labor Day -- starting from the VFW Hall in Marshall at 10am. (One of the landmarks featured on the walk is the monument to the 1847 Crosswhite incident, when Marshall citizens protected an escaped slave and his family from agents for his former slaveowners.)