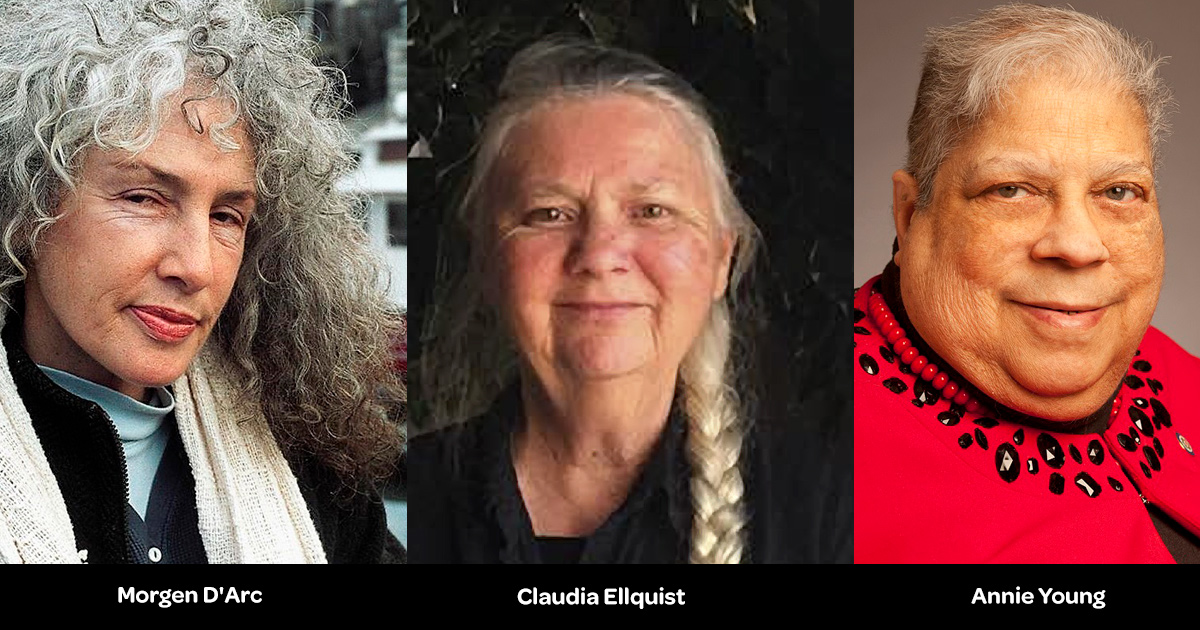 Women's History Month is a time to honor and celebrate our sheroes. The Green Party has many strong women leaders. Three of those women left a legacy of leadership in the party with their passing in 2018.

We celebrate and remember their lives and their roles in making our world a better place.

Annie Young, a member of the Green Party of Minnesota, was a strong advocate for environmental sustainability, social and economic justice, grassroots democracy and peace. She was elected to the Minneapolis Park and Recreation Board and was well-respected as a an elected official. Annie advised and mentored candidates for office at all levels during her career in politics. She was known to have a reputation for bluntness but also effectiveness in her 28 years in office. Annie is fondly remembered for not only believing and advocating for Green values but for living Green values through her commitment to making our world a better place to live.

Morgen D'Arc was a longtime delegate to the Green Party of the United States for the Maine Independent Green Party, and once ran as a Green for Cumberland County register of probate. She was a co-founder of the Green Party National Women's Caucus and was a fierce defender of women’s rights in the other offices in which she served. She also helped launch and contributed to the Green Horizon Magazine. Morgen is fondly remembered as a leading force in growing the Green Party, both in her state and nationally.

Claudia Ellquist was a long-time member of the Arizona Green Party and the National Women’s Caucus (NWC). Her dedication to building a better world was an inspiration to many Greens from around the country. Claudia ran for Pima County Attorney four times in order to highlight the elimination of the death penalty as a public issue. She organized NOW chapters at the city, county, and state levels and served on the national board of directors for the organization. She was an original member of the Arizona Clean Elections Commission, first appointed by the Arizona Legislature in 1999. Claudia subsequently organized volunteer efforts to pass Healthy Arizona I (Prop 203) and Healthy Arizona II (Prop 204) which successfully brought Medicaid to the state after 30 years without it. Claudia was known for her strong leadership, analysis of issues, ability to listen to others, and genuine caring for all life.