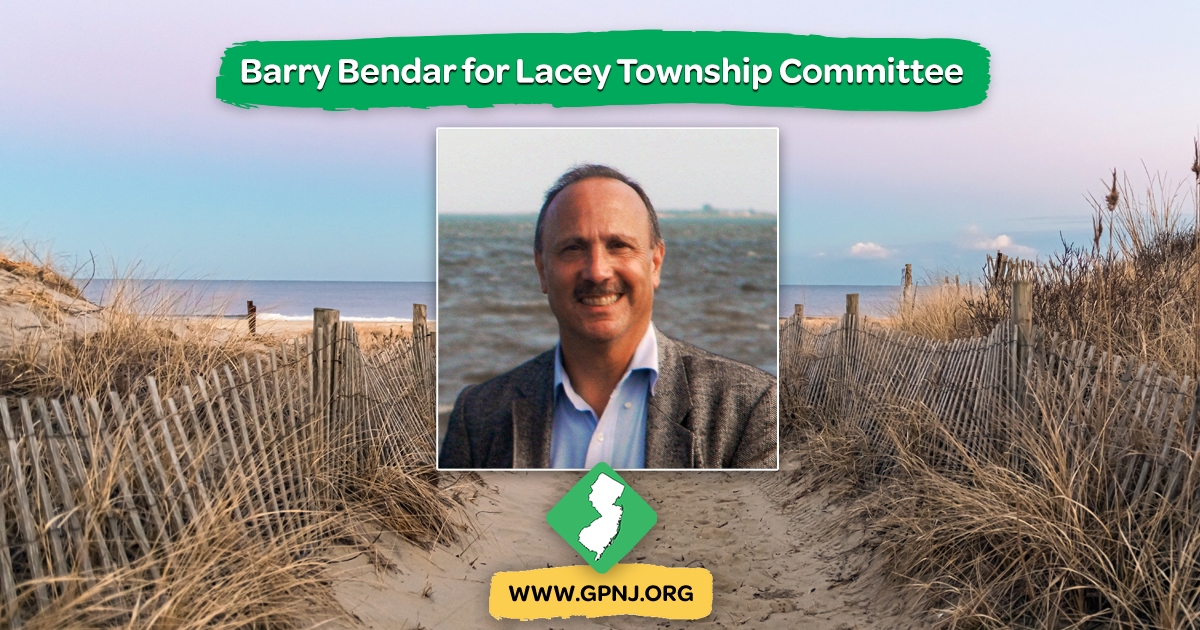 LACEY, NJ — Another challenger is joining the race for Lacey Township Committee. Barry Bendar told Patch he is running in the November general election under the Green Party.

The three incumbents for the committee, Steven Kennis and Peter Curatolo for two three-year seats and Peggy Sue Juliano for one one-year unexpired term seat, ran unopposed in the primary.

The incumbents also face an independent challenger in the general election, Regina Discenza, who announced her candidacy in May.

Bendar has run for the committee five times in the past, most recently in 2015. He said he is running again because the people of Lacey need to have a choice other than the incumbents.

Bendar, who has been involved in Ocean County politics since 2003, said he was "glad to run" because he feels that the committee is going in the "wrong direction."

He said that he has issues with how finances are handled in Lacey, particularly with the township selling properties to bring in more ratables.

"Bringing ratables into town has not helped lower our taxes, they've only gone up and up," Bendar said, adding that "only developers profit from ratables."

This year's general election will be held on Nov. 8