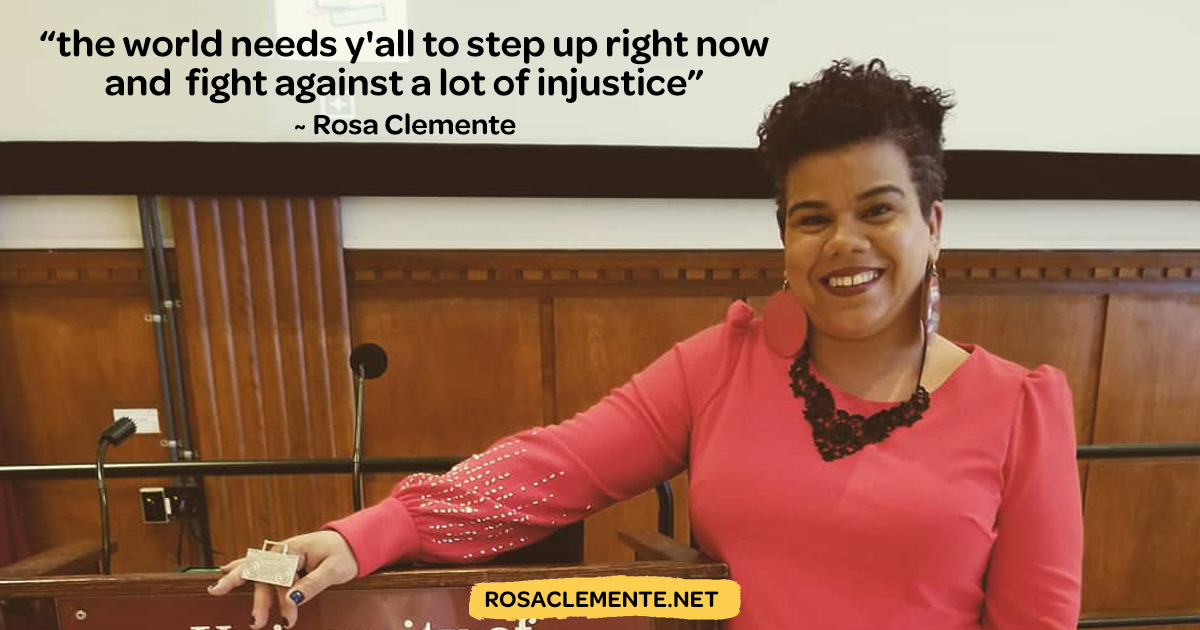 AMHERST — Throughout much of the world, International Women's Day garners widespread attention and demonstrations. But the holiday has not yet gained the same level of notoriety here in the United States.

Members of several campus organizations at the University of Massachusetts hoped to do their part in raising the day's profile by organizing an event titled "Press for Progress" Thursday evening in the Student Union.

"International Women's Day has long been more powerful outside of the United States," Laura Briss, chairwoman of the women, gender and sexuality studies department said during the event. "It's time we revive this tradition here."

UMass has hosted an event for International Women's Day each year for decades, according to Becky Lockwood, a director of the university's Center for Women and Community. But this year's event was different from previous years because it featured a keynote speaker — renowned activist and organizer Rosa Clemente.

Clemente was the 2008 Green Party vice presidential candidate, making history by being part of the first all-women-of-color ticket in American history alongside former congresswoman Cynthia McKinney. Well known for work as a community organizer, an independent journalist and a Puerto Rican independence activist, she is currently a doctoral student in the Afro-American studies department at UMass. She also recently attended the 2018 Golden Globe awards alongside actress and activist Susan Sarandon.

In her talk at UMass Thursday, Clemente shared insights and lessons she's picked up during her time as an activist for social and economic justice. She argued that now is a critical time for political activism, encouraging the students on hand to get involved in movements.

"All the young women and non-gender-conforming students in the audience, the world needs y'all to step up right now and fight against a lot of injustice," Clemente said.

Clemente is of Puerto Rican descent and identifies as Afro-Latinix. She was born in the South Bronx in one of the poorest congressional districts in the country, but moved to Westchester County at a young age after her father won a large sum of money gambling.

Neither of Clemente's parents was very politically active, and she stressed to the students in the audience that anybody who's willing to put in the work and learn their history can become an effective organizer and activist.

Clemente's career as an activist began when she was a student at the State University of New York in Albany. After living a "pretty utopian" childhood in Westchester County, Clemente said she was first confronted with racism and white supremacy while in college. These experiences drove her to study her ethnic history and ultimately led her to become the first Puerto Rican president of the school's Black Student Union.

"The campus was an exhilarating place to be (in the 1990s), there was always a protest or a demonstration of some kind going on," Clemente said.

But Clemente also learned how difficult being a leader in social movements can be while in college, particularly after a number of black students questioned whether it was appropriate to have a Puerto Rican as the head of a black organization.

"As a leader, you have to figure out your own way," she told the crowd. "Mentors are important, but there's not always going to be somebody standing there with you."

After graduating from SUNY Albany, Clemente received a master's degree in political science from Cornell University, focusing on civil rights activism in the 1960s and '70s.

After a brief stint as a public school teacher in Brooklyn, Clemente found her way back to activism in New York. Following a "black radical tradition," she became engaged in issues of police brutality and began writing about hip-hop music.

A vocal critic of the two-party system, Clemente ultimately accepted the Green Party's nomination for vice president in 2008.

"I want all of you in this room to know that you don't have to be beholden to the two-party system," she said. "Young people of color don't have to be taken advantage of by the Democratic Party."

Although she was eager for the opportunity, Clemente said she was naive about third-party politics at the time and ended up losing a lot of relationships because she was an opponent of Barack Obama's.

"After we ran we couldn't get jobs. I thought I was never going to work again," she said, laughing.

Seeking direction, Clemente ended up enrolling in the Afro-American studies doctoral program at UMass. Since then, she has brought her activism to places like Ferguson, Missouri, and Puerto Rico and built a relationship with Black Lives Matter founders Patrisse Cullors, Alicia Garza and Opal Tometi.

Reflecting on Clemente's talk, Briss said she thought the students on hand would benefit from hearing about the experiences of somebody who's been on the front lines of social activism for many years.

"It was so powerful for her to tell her story in a way that was accessible to young people who want to get involved in these issues," she said.

After Clemente's talk, a reception was held in the Cape Cod lounge featuring a spoken word performance by the members of Voices from Inside, a Pioneer-Valley based organization that runs writing groups for incarcerated and formerly incarcerated women.

The "Press for Progress" event was not the only celebration of International Women's Day that took place in the area Thursday. Western Mass Code Pink for Peace held an event at Edwards Church in Northampton featuring performances from several local women's musical groups.