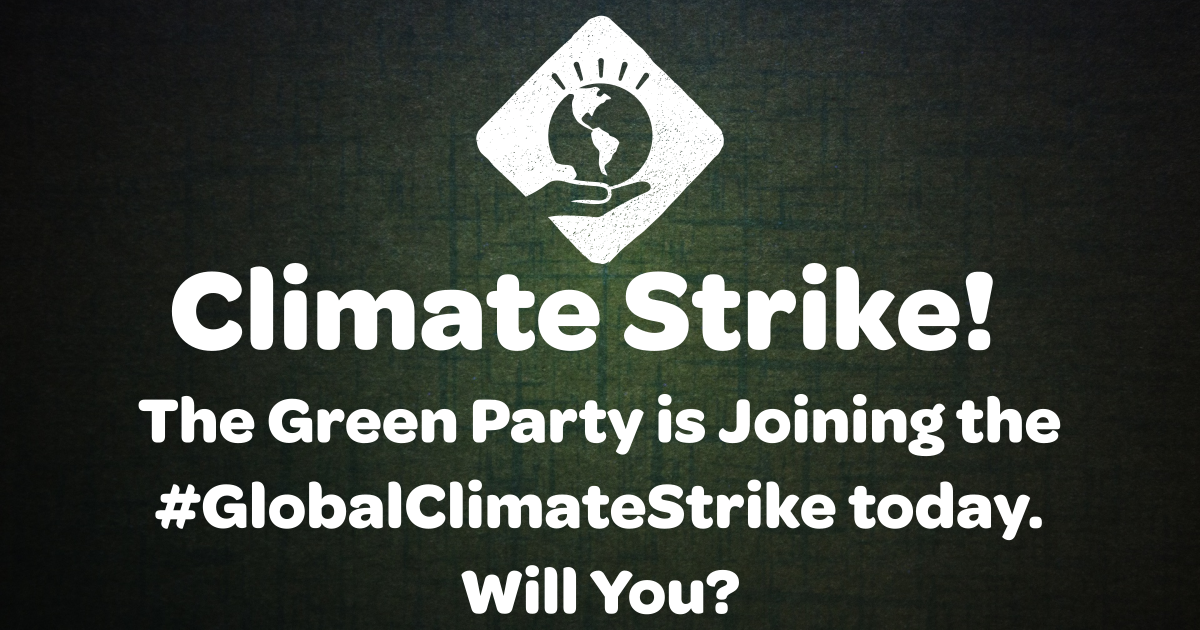 Greens across the United States will be participating in Climate Strikes and the People's Mobilization to Stop the U.S. War Machine! A partial list of Green actions can be found here.

Ready to build on the Global Climate Strike Momentum? Sign up to get involved here.