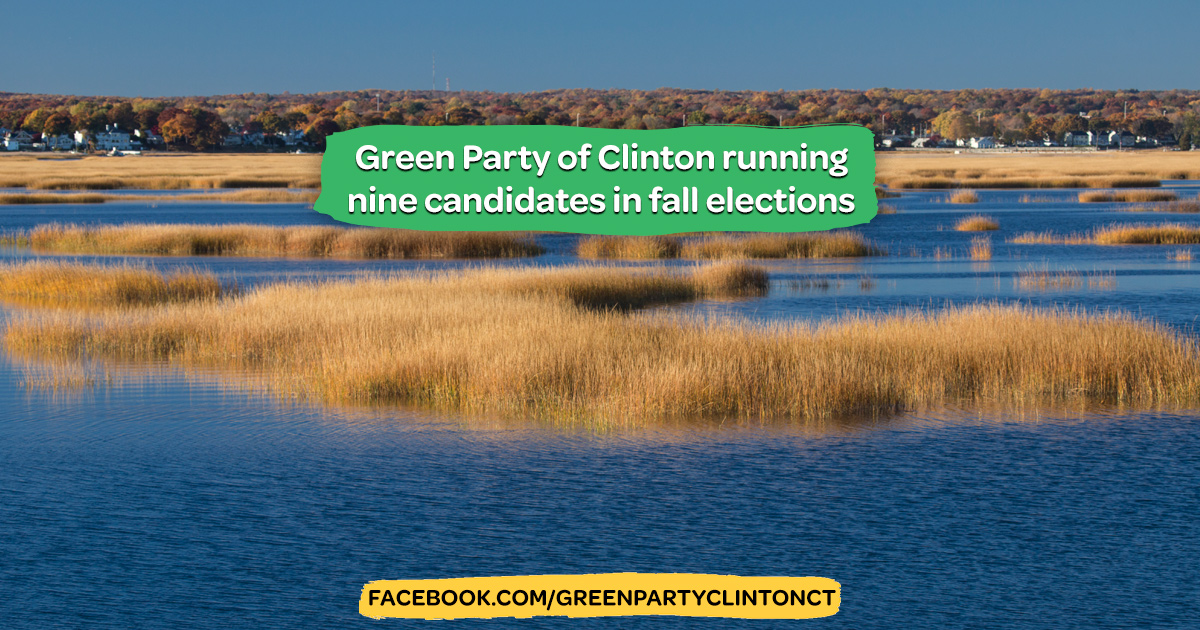 Green Party Co-chairs Eric Bergman and Jim Connolly said in a joint statement: "We wish to thank all the people who responded to our open call for nominees for local offices. We are fielding candidates for the Town Council and all five of the town's elective boards and commissions. The Green Party of Clinton aims is to provide a forum for fresh ideas and independent-minded people who have been unaffiliated, Republican, and Democratic voters in our town."

The slate will be headed by Bergman, who is seeking a seat on the seven-person Town Council. Shortly after the November elections, a town manager will take over most of the duties presently handled by the first selectman. That manager will be hired by the Town Council, which will replace the Board of Selectmen.

Down the ballot there are some notable names who are also seeking a position in town government.

The candidacies that will perhaps raise the most eyebrows is that of Phil Sengle and Rob Derry for positions on the Board of Police Commissioners. Sengle is a current selectman who successfully primaried his way onto the board as a Republican candidate in 2017. Sengle was also a member of the police commission during this time, which caused some residents to accuse the selectman of having a conflict of interest.

In January 2019, Sengle said he struck a deal with the Republican Town Committee (RTC) where he would step down from the RTC if Derry was named his replacement, which is what happened.

Derry, also a Republican, has a term that expires in November 2019.

"Honestly the main reason I'm running is I don't like what [the RTC] did to Rob Derry", said Sengle, noting the RTC voted to endorse two other candidates instead. "He's the most qualified person we've ever had on the commission, including myself."

Sengle said he was approached recently by the Green Party to inquire if he would run again on its line.

"I've always enjoyed being on the police commission and I'd like to be on it again," said Sengle.

Also on the ballot, Conolly is seeking a spot on the Planning & Zoning Commission, John May and Jason Feeney are seeking membership on he Board of Education, John Escobales will seek a spot on the Board of Assessment Appeals, and Aldea Saava and Lorain Simister will vie for positions on the Zoning Board of Appeals.