Confronting the Empire's War Agenda: The Struggle for Peace and Social Justice 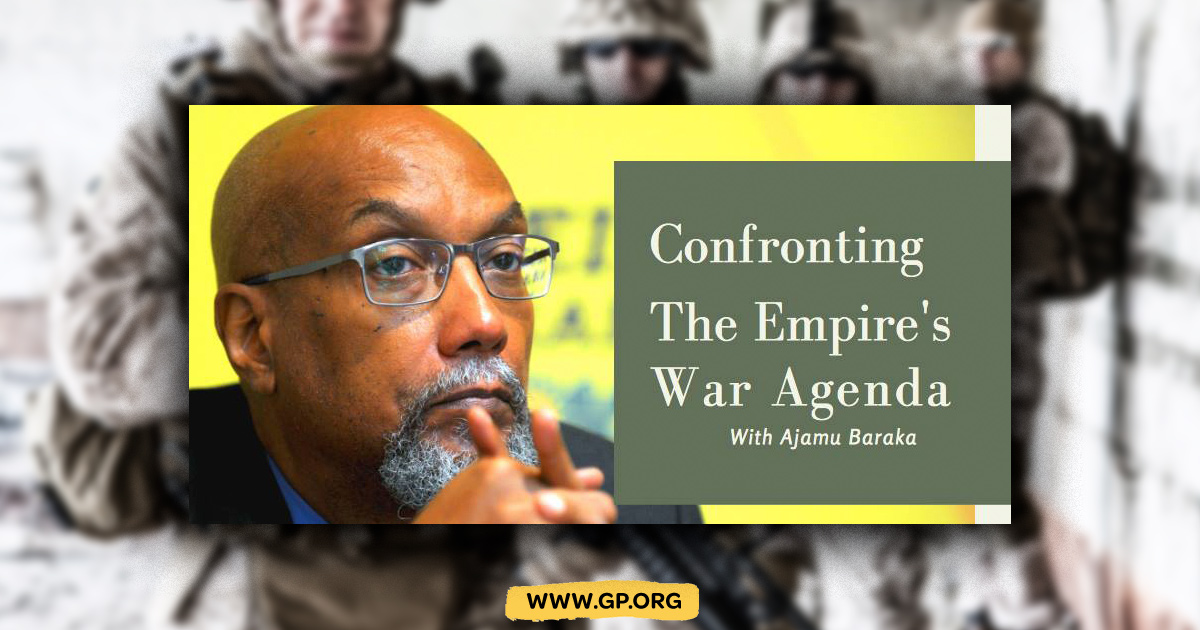 Ajamu Baraka’s appearance in New Brunswick is part of a speaking tour of New York, New Jersey and Connecticut ahead of a national and international mobilization by a broad coalition of anti-war groups in the U.S. and around the world, calling for an end to NATO, an end to war and an end to racism, beginning with a march on Washington, D.C. on March 30th, 2019.

This year marks the 70th anniversary of the formation of the North Atlantic Treaty Organization, the extended arm of U.S. military aggression around the world. Because of the ongoing crisis in Venezuela the rally will have a focus on Venezuela, building on the February 23rd International Day of Action in Solidarity with Venezuela, in which over 130 communities world-wide participated. NATO partner Colombia has been playing a destabilizing role in Venezuela and continues to try to move “humanitarian aid” into the country with the aid of the U.S. Many aid agencies and others see this as nothing more than an invasion of the country by hostile countries.

Where: Emmanuel Lutheran Church, at New and Kirkpatrick Streets in New Brunswick

There will be actions in D.C. from March 30 through April 4, 2019 to protest the event organized by military leaders of the North Atlantic Treaty Organization (NATO) as they celebrate NATO’s 70th anniversary by holding its annual summit meeting in Washington, D.C. on April 4, the 51st anniversary of the assassination of Dr. Martin Luther King, Jr. and the 52nd anniversary of his “Beyond Vietnam: Breaking the Silence” speech.

Since its founding, the U.S.-led NATO has been the world's deadliest military alliance, causing untold suffering and devastation throughout Northern Africa, the Middle East and beyond. Hundreds of thousands have died in U.S./NATO wars in Iraq, Libya, Somalia and Yugoslavia. Millions of refugees are now risking their lives trying to escape the carnage that these wars have brought to their homelands, while workers in the 29 NATO member-countries are told they must abandon hard-won social programs in order to meet U.S. demands for even more military spending.

Every year NATO has held its summits, people around the world have organized massive protests against it: in Chicago (2012), Wales (2014), Warsaw (2016), Brussels (2017 & 2018) — and 2019 will be no exception. We need to show, in the strongest possible way, our opposition to NATO’s destructive wars and its racist military policies around the world.