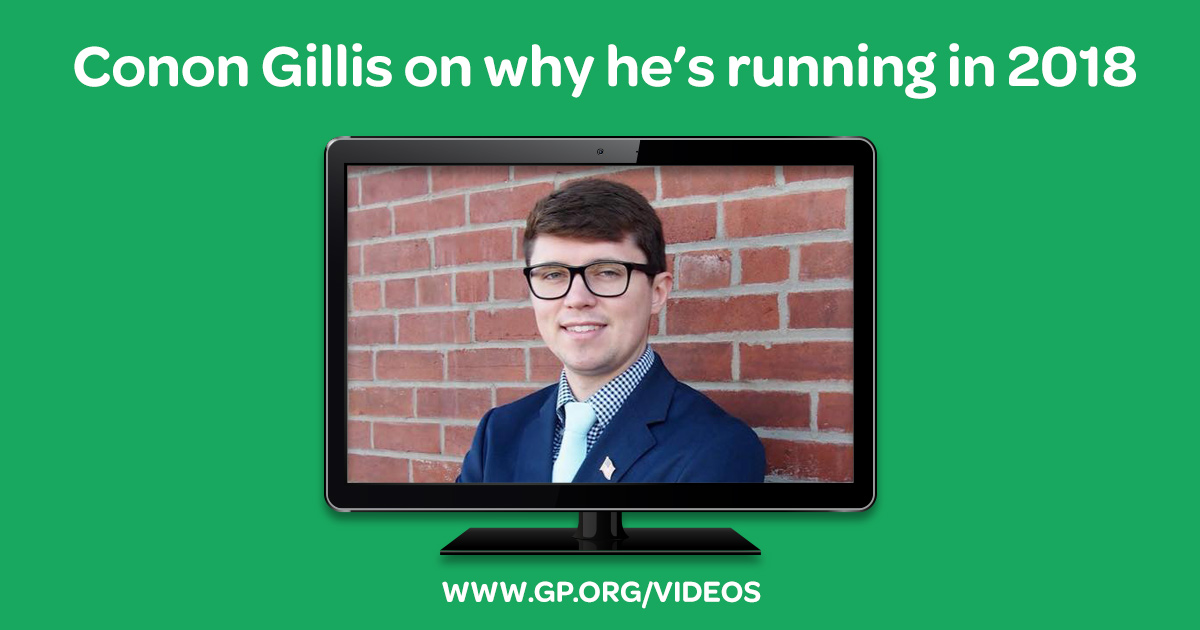 (64804) — The Green Alliance of Southwest Missouri/Green Party announces candidates for local and regional races tonight at the Joplin Public Library.

The 2018 Missouri State Senate, District 32, Green Party Candidate is Conon Gillis. This is a seat that Joplin's Ron Richard-R has held for 8 years and he will be retiring due to term limits in 2018.

“I am a little bit younger ... but at the same time I am basing my ideas on ideals like liberty, equality, democracy.” Republicans have traditionally held this MO Senate seat, which represents Dade, Jasper and Newton County. Being a 3rd party candidate is something that hasn't happened since the internet has been around.

Gillis looks fresh faced but he's old enough to run as Missouri Senator. The minimum age is 30. And by voting day on November 6, 2018 he will be 30 years old and 13 days.

When asked if he represents the newer generation of voters? Gillis tells Joplin News First, “In some ways I might be...but also in the same way I am very old. That's part of the history teacher coming out in me.”