A Conversation With Jay Sweeney 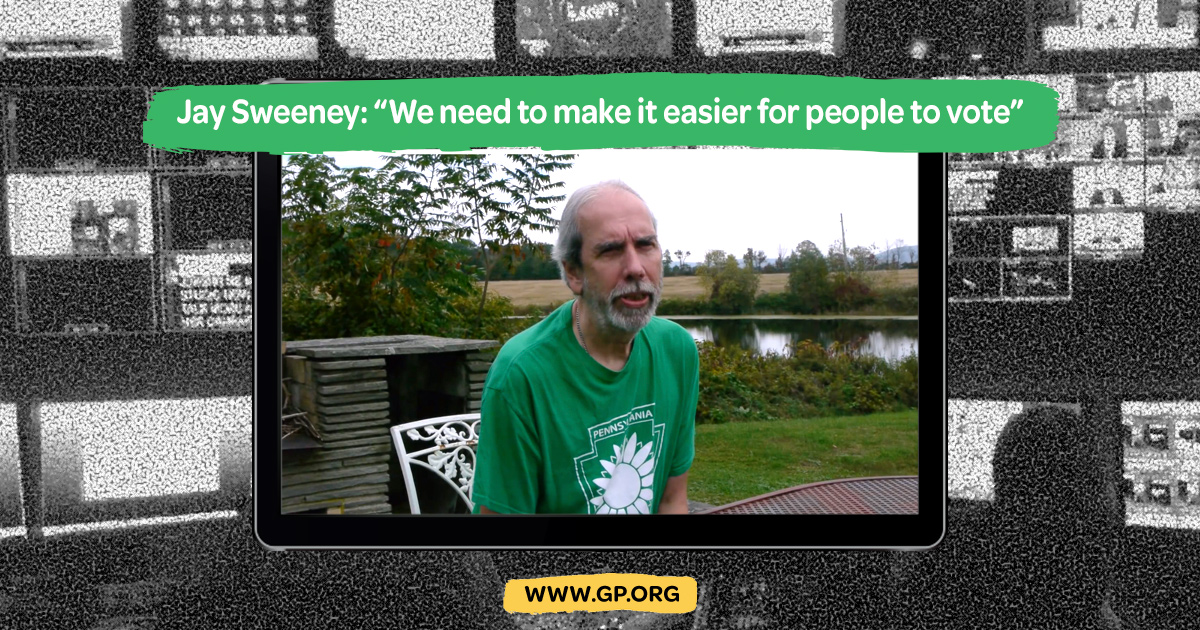 It's Time for a Change! Democracy Demands a Choice! Vote for Jay Sweeney on Tuesday, November 6

Meet Jay Sweeney, our Green Party of Pennsylvania candidate for State Senator in the 20th District. Jay talks about the issues that are important to him and his campaign.

Jay is a member of the Clean Money Squad of PA, supporting the passage of the American Anti-Corruption Act. Jay has also been endorsed by Action Together NEPA.

Jay Sweeney was born and raised in Philadelphia, studied at Temple University and the Philadelphia College of Art.

Jay worked in a union shop at the Philadelphia Bulletin. He also was a member of a workers collective which managed the C.A. Eatery on the University of Pennsylvania campus. In 1983, Jay moved to Wyoming County. He met an old neighbor who eventually hired him to refinish antiques, floors, staircases and other woodwork. In 1993 Jay's Woodfinishing & Painting was established. Jay is also an amateur musician, organic gardener and vegetarian cook.

Jay became involved with the Green Party during the Nader 2000 campaign. In 2004 he challenged his state representative for the first time and earned over 2300 votes, nearly 10% of the vote. In 2006, he ran again and received 3381 votes, over 17%. Jay challenged his rep again in 2008 and 2010, but could not increase his vote total. In 2009 Jay was elected Auditor in Falls Township.

Jay has served as Treasurer of the Green Party of Pennsylvania and is currently Chair of the party.

For more information on the Green Party of Pennsylvania please visit: https://www.gpofpa.org/