A conversation with Medea Benjamin and Matthew Hoh 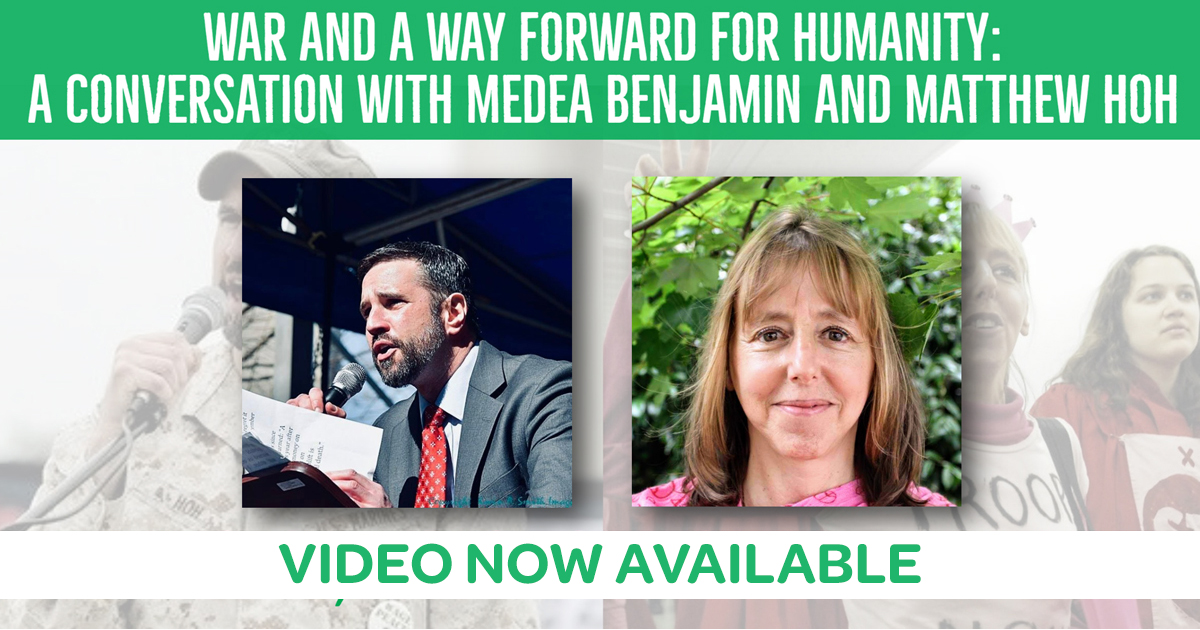 A fantastic must-watch conversation between the great Medea Benjamin of Code Pink and Matthew Hoh, the North Carolina Green Party Candidate for U.S. Senate, about war and a way forward for humanity beyond the war machine. Pease forward widely! There is a future for humanity and the planet beyond the dead end politics of War and Wall

Medea and Matthew discussed the decades-long escalation of the U.S. war machine and the destruction it has wrought globally. Medea and Matthew have taken powerful stands against the war hawks in the U.S. government and the mainstream media in calling out the devastating losses of life around the world in nations like Iraq, Afghanistan, Yemen, Palestine, and now in the Ukraine as so many in power clamor for escalation that could lead to WWIII.

They also discussed the importance of getting Matthew on the ballot for U.S. Senator from North Carolina so that strong voices like his for peace abroad and prosperity at home can be amplified in the U.S. Congress.