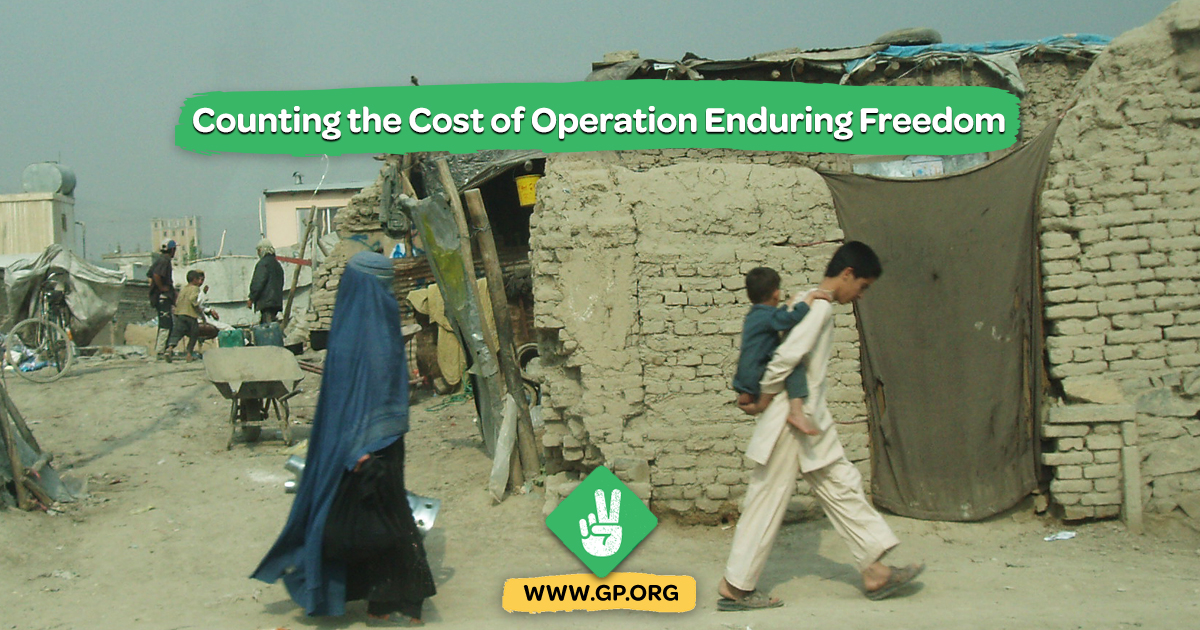 Twenty years ago today – October 7, 2001 – the United States launched Operation Enduring Freedom, a military invasion of Afghanistan that would prove to usher in the longest war in American history. The two-decade military occupation resulted in the death of over 47,000 Afghan civilians, 2,400 U.S. soldiers, 3,800 U.S. contractors, 66,000 Afghan soldiers, and 500 journalists and aid workers, while racking up a more than $2 trillion bill.

The end result of these enormous expenditures and unconscionable human toll: Afghanistan lies in ruin, the Taliban is back in power and tens of thousands of people (military and civilian) have been physically or mentally disabled (a reality that will continue costing the U.S. government billions of dollars a year in healthcare costs for veterans for the foreseeable future).

While representing a total strategic failure, the war also ignominiously represents one of the gravest acts of aggressive militarism of the 21st century. Many of its political architects in the U.S. remain in positions of power today and private arms manufacturers retain their massive ill-gotten profits. It is high time that the warmongering orthodoxy of public and private sector elites dominating the American foreign policy and national security establishments be held to account!

To this end, the Peace Action Committee of the Green Party of the United States (GPAX) is calling for the organization of a preliminary hearing to consider indictment of select i) U.S. political leaders; ii) U.S. military leaders; and iii) leaders of private U.S. arms manufacturers on the following counts:

We invite all interested organizations and individuals to assist us in convening this hearing, which should take place before the end of this calendar year. We anticipate this hearing constituting the basis of i) a recommendation to the International Criminal Court that investigation proceedings be initiated; and/or ii) a People’s Inquiry into the War in Afghanistan, modelled on the People’s International War Crimes Tribunal organized by Bertrand Russell in 1966 inquiring into crimes committed by the United States in the war in Vietnam.