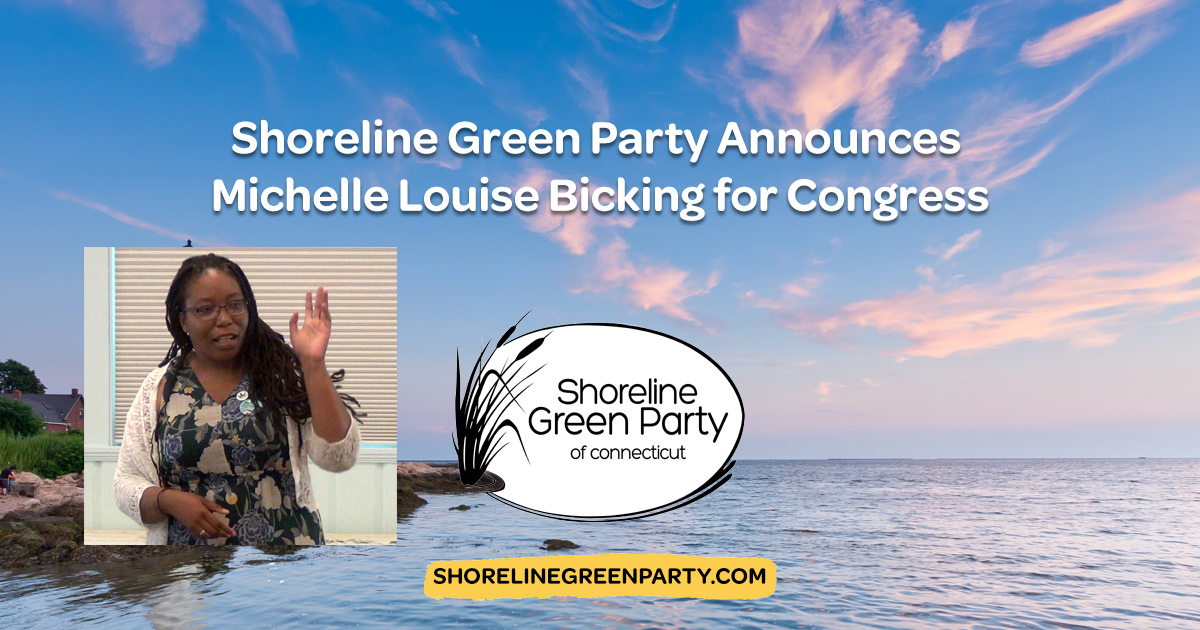 TOLLAND, CT  — The Green Party of Connecticut announces the candidacy of Michelle Louise Bicking for U.S. Representative in the 2nd District.  Ms. Bicking is a Tolland resident and a licensed clinical social worker and Justice of the Peace. She is a first generation Barbados/Vincentian (Saint Vincent and the Grenadines) American who is the Executive Director/Founder of Hidden Acres Farm.

Her platform of social justice and economic equality reflects her worldview, shaped by over twenty years of direct service experience to socially and economically disenfranchised youth and families, including in under-served city and rural communities throughout the Northeast.

As a Green Party candidate she is unafraid to tackle issues that the two major parties fail to address. Foremost among these is her unwavering support for "Expanded and Improved Medicare for All Act (HB 676)." Of the entire CT Congressional delegation, not one member has signed onto this bill. Says Ms. Bicking, "Medicare for All has overwhelming support. A recent poll by the Kaiser Family Foundation shows that 59 percent of Americans support a government health care system for everybody along the lines of Medicaid and Medicare, but the influence of corporate money over our elected officials has stymied its passage. That's unconscionable."

As Director of Hidden Acres Farm, Ms. Bicking knows the value of careful management of resources both environmentally and economically. Regarding the U.S. military budget, she has grave concerns that the U.S. currently spends more on its military than the next eight nations combined. This year, in a rare demonstration of bilateral support, Congress voted a large increase in the Pentagon budget, far exceeding what President Trump had asked for. "This level of spending is both unsustainable and extreme," says Bicking.

If elected, she would advocate to reduce U.S. military spending and instead direct those funds to much needed infrastructure repair and sustainable energy projects, as represented in the Green New Deal. When asked what impact a cut to the military budget would do to jobs in the Second District, Ms. Bicking is reflective. "At some point we need to ask ourselves how much longer we want to run with this cash cow which returns so little to our social well-being." She continues, "We need to ask ourselves if we have the imagination, and the courage, to create an economy based not on the sale and manufacturing of weapons of death, but on clean energy and the well-being of people and planet."

On occasion Ms. Bicking will admit, "I am not a politician; I'm a social worker. I care about people. I care about relationships." Perhaps, then, it is no surprise that she has adopted the following slogan for her campaign:

"If you believe that there is hope in this world, then join me in my humble campaign to open dialogue across Connecticut. The future is local, the future is ours!"