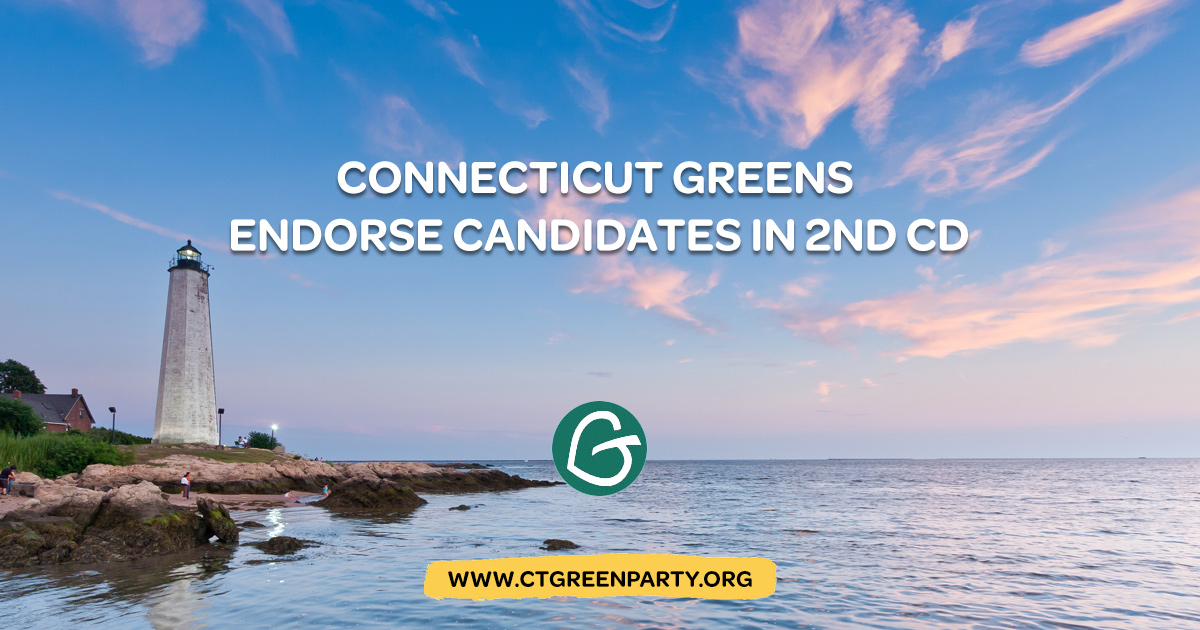 Ms. Bicking is a first-generation West Indian American who heads Hidden Acres Farm, a nonprofit organization which provides workshops on food and environmental justice, supports women of color in agriculture, and promotes industrial hemp as a viable agricultural product. She is a licensed clinical social worker and also holds a Master's degree in Public Administration.

Rob Barstow, who is petitioning for a spot on the ballot, received the Green Party endorsement to run for the state House of Representatives, 55th district, which includes Marlborough, Andover, Hebron, and Bolton.

Women's March leader Cassandra Martineau, a transwoman with a long history of advocating for human rights, gender equality, peace, economic justice, and workplace organizing, was nominated to run for Windham Registrar of Voters.

The Green Party is committed to sustainability, social and economic justice, grassroots democracy and nonviolence. Due to our firm belief that government should be accountable to its citizens, Green Party candidates do not accept contributions from corporations, lobbyists, or special interest groups.

For further information regarding the Green Party of Connecticut, visit ctgreenparty.org. Email inquiries can be sent to [email protected].