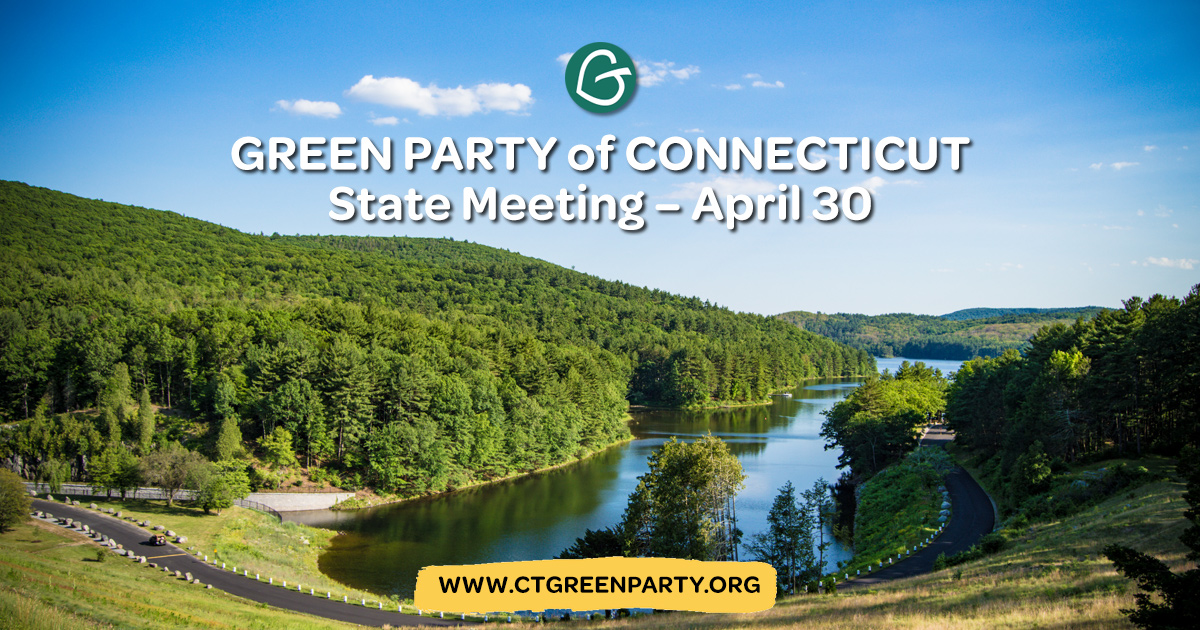 The Green Party of Connecticut will hold it's annual state meeting on Sunday, April 30th.

The meeting will take place at the Waverly Center in Portland, CT between 11:00 am and 5:00 pm.

Elections will be held for representatives to the National Committee, Secretary, Treasurer and Co-Chairs for the state party.

The candidates for Secretary are David Bedell and Ronna Stuller. There is one candidate for Treasurer, Chris Reilly.

Biographies of the candidate are available on the state web site.