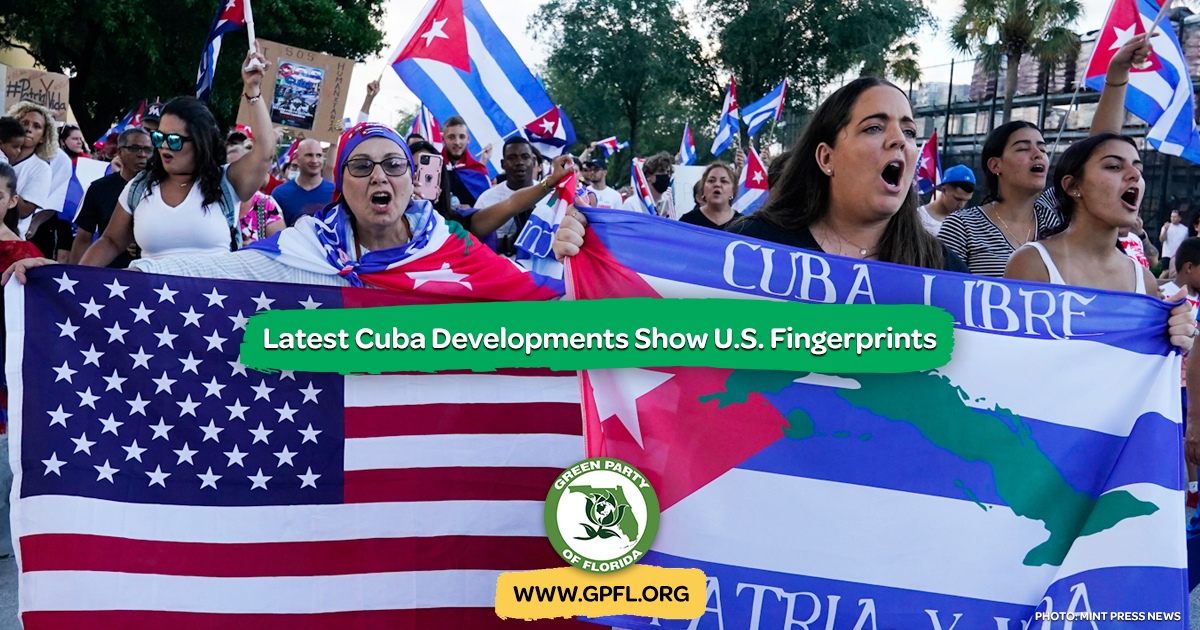 Here is information about happenings in Cuba and the streets of Miami that you may have seen in the news, which suggest that Miami's Cuban American caravan movement, and Carlos Lazo's Bridges of Love March to DC, which the Green Party of Florida (GPFL) participated in and helped publicize, may have triggered what has been an apparent orchestrated effort by the U.S. to instigate uprisings in Cuba and the U.S. against the Cuban government. The two articles below at the end report thorough research on it.

This is consistent with the stated U.S. policy, as outlined in the infamous Mallory Memorandum, to starve out the Cuban people to force them into the streets against their government. As most of you know, the U.S. has been for decades waging both covert and economic warfare against Cuba, against international law. The embargo is opposed by the whole world in the latest U.N. vote on June 23rd, with only U.S. and Israel opposing. Some of recent news pix about the protests have been falsely presented, sometimes showing pro Cuban rallies in Cuba as anti government rallies. The articles explain.

Carlos Lazo will appear at a rally in DC this Sunday the 25th, at 2pm, sponsored by many groups, including the Green Party of Florida. Lazo plans to petition President Biden to keep his campaign promises to the Cuban people to end Trump's 243 extra sanctions against Cuba, to normalize relations as Obama had begun, and to end the sixty year long blockade. Our GPFL co-chair Robin Harris will be representing Greens on the stage. The GPFL will present a zoom prelude to the rally at 1pm. See Two Green Party of Florida Unblock Cuba Solidarity Events for additional information.

How One Cuban Is Leading the Charge to Transform U.S.-Cuba Policy
https://towardfreedom.org/story/admin-admin/how-one-cuban-is-leading-the-charge-to-transform-u-s-cuba-policy/

The Bay of Tweets: Documents Point to US Hand in Cuba Protests
https://www.mintpressnews.com/documents-point-to-us-hand-in-cuba-protests/277987/ 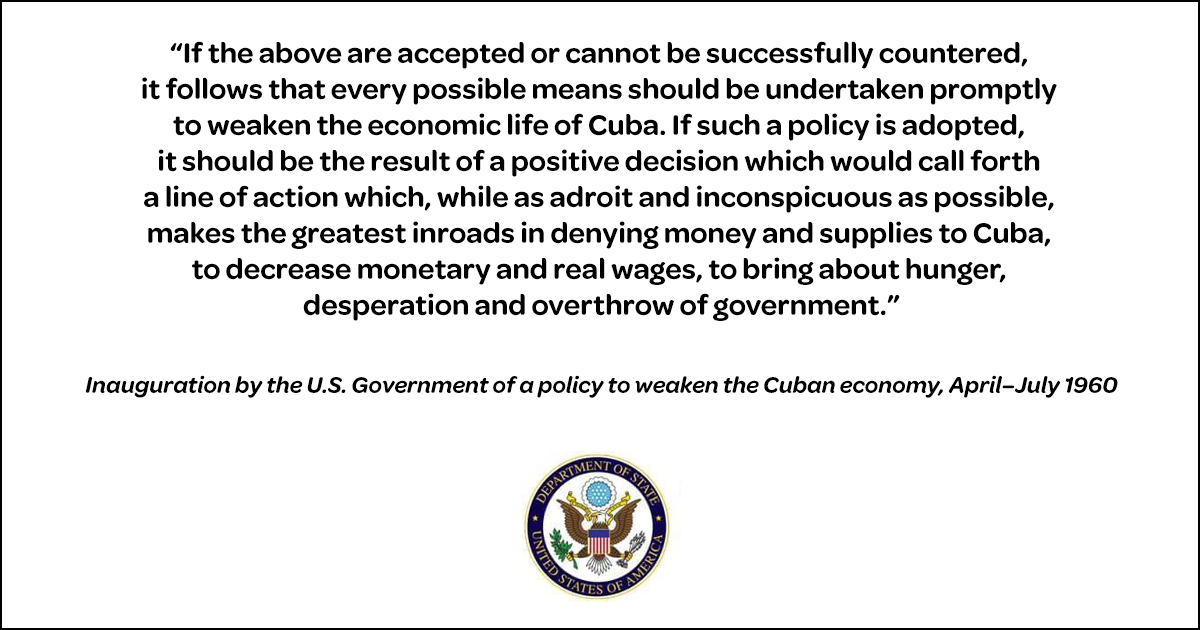