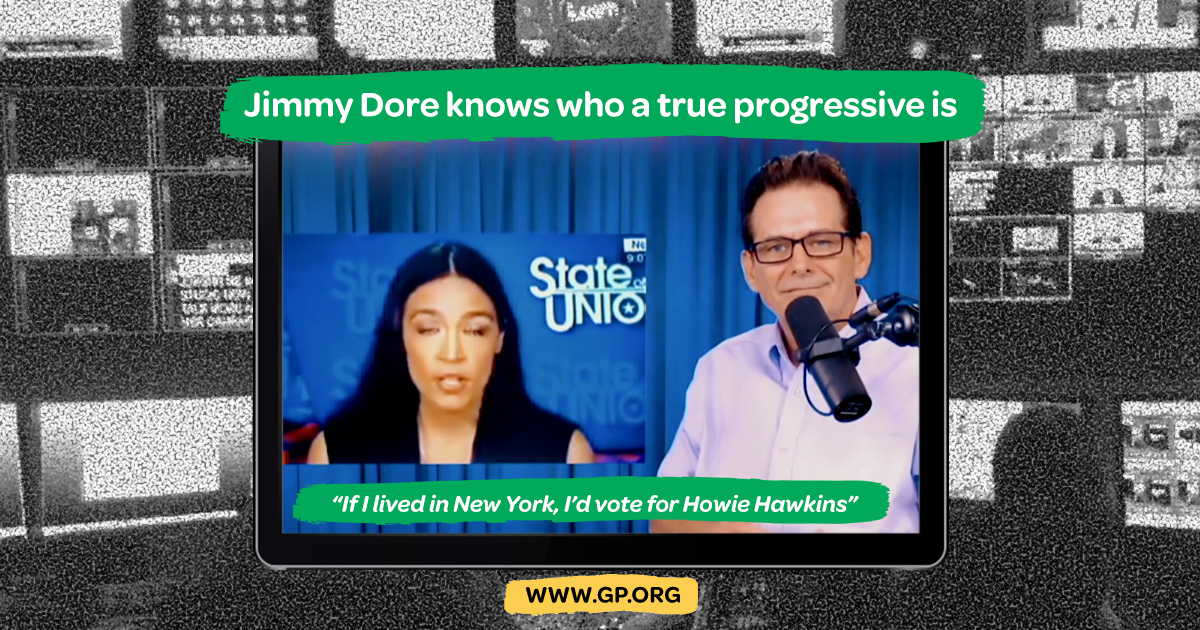 On his most recent livestream, comedian and political commentator Jimmy Dore was incredulous by Alexandria Ocasio Cortez's endorsement of Andrew Cuomo.

His response? "If I lived in New York, I would vote for Howie Hawkins".

Dore, in response to a Sunday CNN interview with Ocasio Cortez said,  "That's who (Cuomo) Alexandria Ocasio Cortez just endorsed on fricking Television." He went on to sarcastically say "The best way to resist Trump is to blindly support the democrats mostly likely to vote with Trump".

On a more serious note, Dore said "I don't mean to be a Debbie Downer, but the progressives need to form an organization outside the democratic party. And Bernie's not leading it."