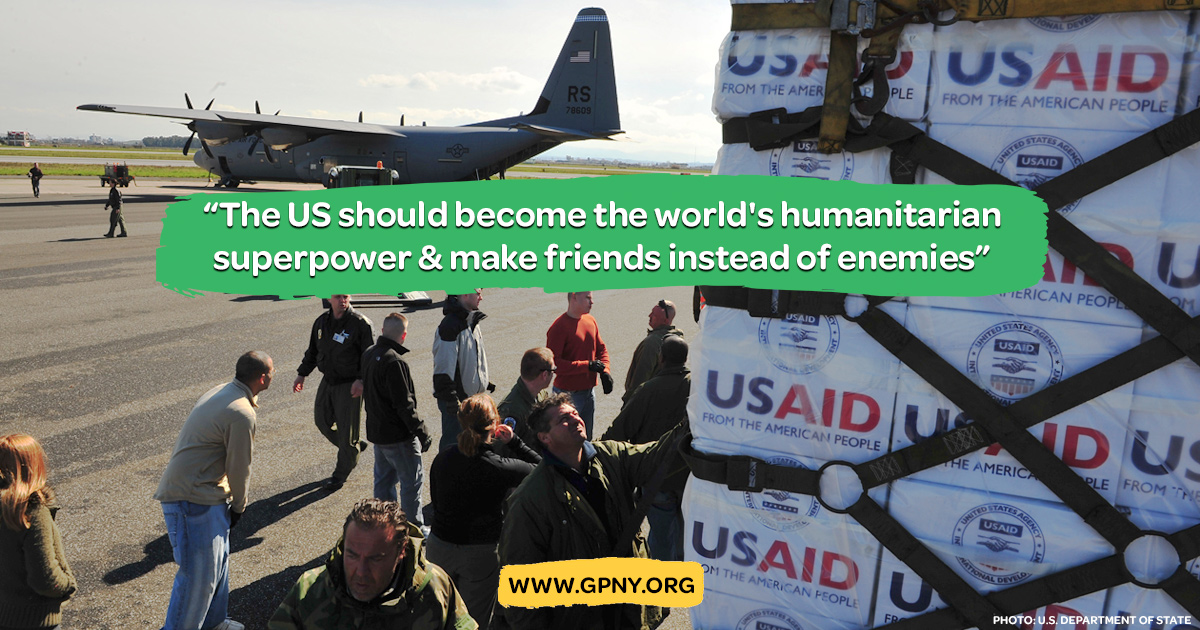 Albany, NY – Green Party candidates in New York called today for at least a 50% cut in the federal military budget in order to free up funds to invest in combatting climate change and meeting other domestic needs such as education, infrastructure and housing.

"Cutting the military budget is far more important to the well-being of New York residents than Cuomo's attempts to enable wealthy taxpayers to continue to deduct state and local taxes. Almost two-thirds of the federal discretionary budget now goes to the military budget, which is primarily a bi-partisan deal for pork-barrel spending," stated Howie Hawkins, the Green Party candidate for Governor.

The Green Party said that the defense budget has little to do with protecting the country from invasion but more to do with using dominant military might to advance the needs of multinational corporations worldwide. Tremendous savings would be possible if we adopted a cooperative approach based on mutual security and respect and worldwide improvements in quality of life. Nuclear disarmament alone would save $60 billion plus annually.

"The US should become the world's humanitarian superpower and make friends instead of enemies. It would be a lot cheaper than policing the world on behalf of global corporations. The world would be a much safer place," said Hawkins.

"The lobbyists for the Military Industrial Complex successfully secure more money from Congress each year than the Pentagon even asks for. People need to stop voting for people who routinely do their bidding and send Peace Candidates down to Washington to manage the federal budget," said Tom Hillgardner, the Green Party candidate for Congress in the 6th CD.

Fraud and waste are rampant in the military budget. Even the Inspector General in the Department of Defense in a report released in July 2017 made recommendations to cut $33 billions of dollars in wasteful spending. A 2015 report found over $125 billion in wasteful administrative spending. The Pentagon has been unable to conduct an audit of its expenditures for the last 28 years and is unable to account for tens of billions of dollars.

The ongoing war in Afghanistan has cost more than $1 trillion so far.

"Our military spending primarily serves the need of the military industrial contractors, not the public, as President Eisenhower warned more than half a century ago. The contractors have bought both parties in Congress with their massive campaign contributions. There are far-more cost-effective ways to create decent jobs while improving the quality of life for New Yorkers," said Mark Dunlea, the Green Party candidate for State Comptroller.

In 2016 New York residents paid $255 billion in taxes to the federal government, including $145 billion in income taxes. In comparison, the state budget is around $168 billion.