Debates Should Be a Required Part of the Campaign Process 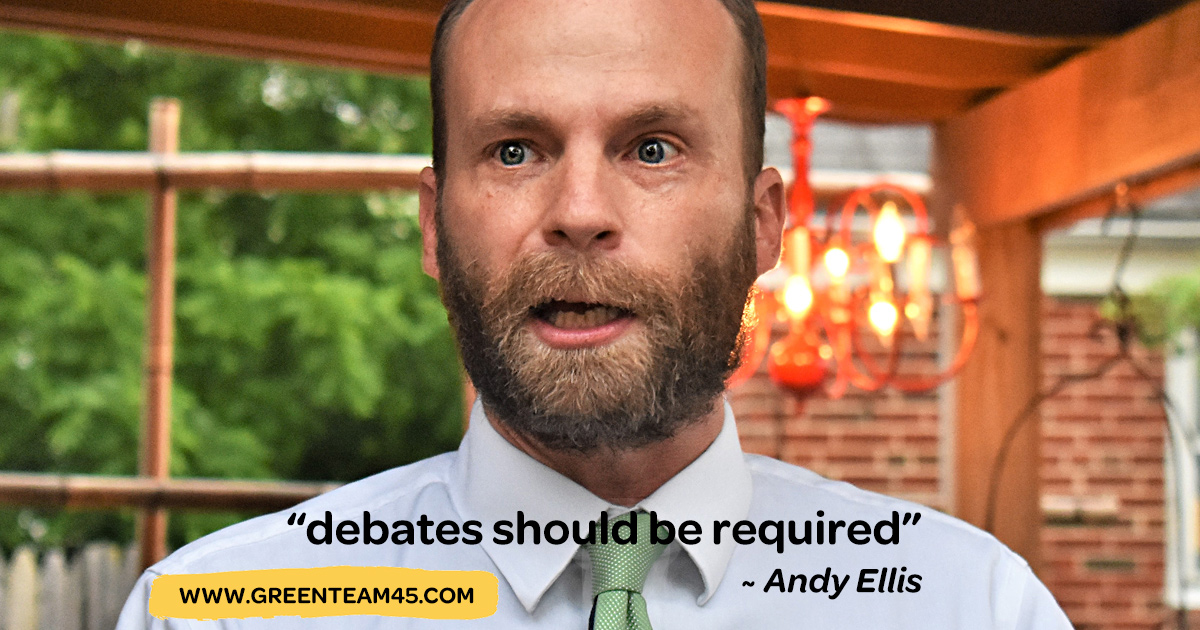 When Larry Hogan and Ben Jealous decided to have only one debate in a hotly contested gubernatorial race, many voters were angry and disappointed. When they had that debate Sept. 24, many voters and observers were calling for more, inclusive and better debate.

Unfortunately, it is no longer unique in any political campaign to avoid meaningful and open debate.

Political debates used to inform the public and stimulate public disclosure of candidates' positions -- positions to which they can be held accountable. Now, campaigns are a staged collection of talking points and sound bites designed to enhance corporate goals and objectives through big ​business, political action committees and wealthy donor-funded candidates and campaigns.

It is unfair that these two gubernatorial candidates are having only one debate. More importantly, they are also limiting the candidates voters can choose from this fall, by excluding all the qualified parties' candidates from even the one debate.

Maryland has four ballot-qualified parties. Each of those parties (Democrat, Republican, Libertarian and Green) is running candidates in gubernatorial campaigns, and voters have a right to hear from every candidate on the ballot.

Meanwhile, in Baltimore and across the state, entrenched establishment candidates are refusing to debate their General Election opponents, arrogantly assuming they have already won because they won their party's primary. Public debate has become devalued to the point that the Baltimore city League of Women Voters has made the decision to host meet-and-greet events instead of moderated public forums.

Instead of following tradition, these are now off-the-record events that cannot publicly hold candidates' feet to the fire as there is no public record. There is genuine public interest in having political debates that allow voters to hear all candidates to compare and contrast their visions. It is clear that we cannot rely on the goodwill of incumbents, the two dominant parties or even traditional media to stage inclusive public debates any longer.

This must change. Maryland needs a state commission on political debate and a legislative requirement that every candidate appearing on the ballot, in a general or primary election, engage in at least two debates with all of their opponents.​ ​I spent much of my career coaching and facilitating debate, including coordinating the Baltimore Urban Debate League middle school program and coaching a Towson University team that was the first of many Baltimore city students to win national college debate championships. Good debate requires organization and structure.

New York City recently passed legislation that requires certain candidates to debate. Maryland should take the lead in legislating this statewide in the interest of open and fair government.

Maryland has a strong tradition of debate, often contentious, always productive. This goes back to our days as one of the original colonies and the early days of statehood. Citizens in every county and in every municipality -- those who chose to vote and those who do not -- deserve this opportunity so they can better and more wisely participate in the democratic process. We need to step beyond what the political consultants advise and compel politicians running for all elected offices to offer citizens open debate. Any person -- or for that matter any media outlet -- can decide whether to pay attention to that debate or not.

Every Marylander deserves to have the information they need in order to make an informed choice among candidates on the ballot. Those candidates need to be heard in public, open forums. If candidates want your votes, they should welcome the opportunity to participate in public debates. If they don't, think about what that says about their respect for voters and their interest in being transparent about the positions they hold.

Marylanders deserve better. Let's return political decisions to the people and not allow a few to make decisions about what you can hear and see from all the candidates.

Steven "Andy" Ellis
The writer is a Green Party candidate for the Maryland House of Delegates from District 45. He is a national champion debate coach and former coordinator of middle school debate for the Baltimore Urban Debate League.