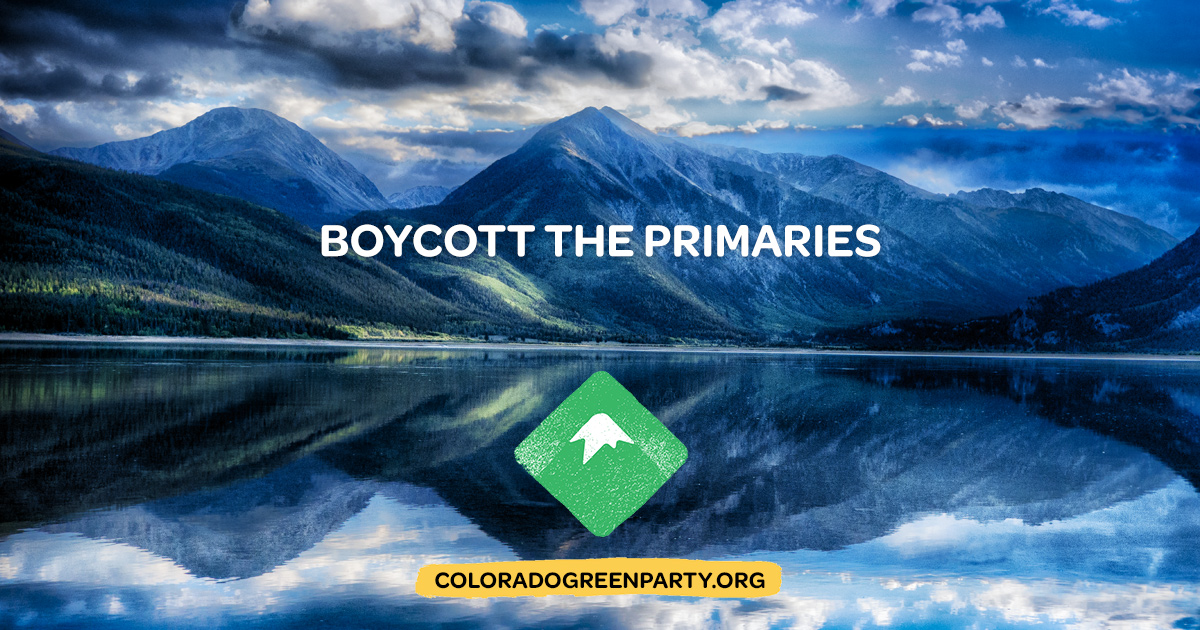 For the first time, Unaffiliated voters now have the right to participate in the 2018 Republican and Democratic primaries. Many have approached Green Party of Colorado (GPCO) members and leaders, asking for their advice on which candidates to vote for in the Democratic primary. It’s an understandable dilemma, since in the case of the 2018 gubernatorial race, none of the candidates demonstrate the policy positions or vision that progressive voters are seeking.

For voters who care about the environment, about elections free of corporate influence or about social justice, this year’s choices fall very short of the mark. None of the gubernatorial candidates have a stated opposition to oil & gas extraction or support a community’s right to oppose drilling within its boundaries. Some are noted for their involvement in privatization, union busting and demonstrate a preference for neoliberalism and its kindler, gentler version: the public-private partnership.

What is an engaged voter supposed to do? We feel that making a conscious choice to not participate in perpetuation of lesser evilism is a principled, informed choice. Voters have the right to cast their vote in a different way; by not casting a vote at all in this year’s primaries.

The official position of the GPCO is that unaffiliated voters should decline to cast a vote for any Democratic or Republican candidate, as a legitimate and conscious vote. Additionally, we encourage unaffiliated voters to join the Green Party and help build a strong alternative to the duopoly. We have arrived at this position unanimously, in a vote which ended this week in our state council.

Coloradans deserve to consider candidates they can trust, who have demonstrated a willingness to put people over profit. It is time to reject lesser evil in favor of the common good and to demand that candidates meet the values of Colorado’s voters.