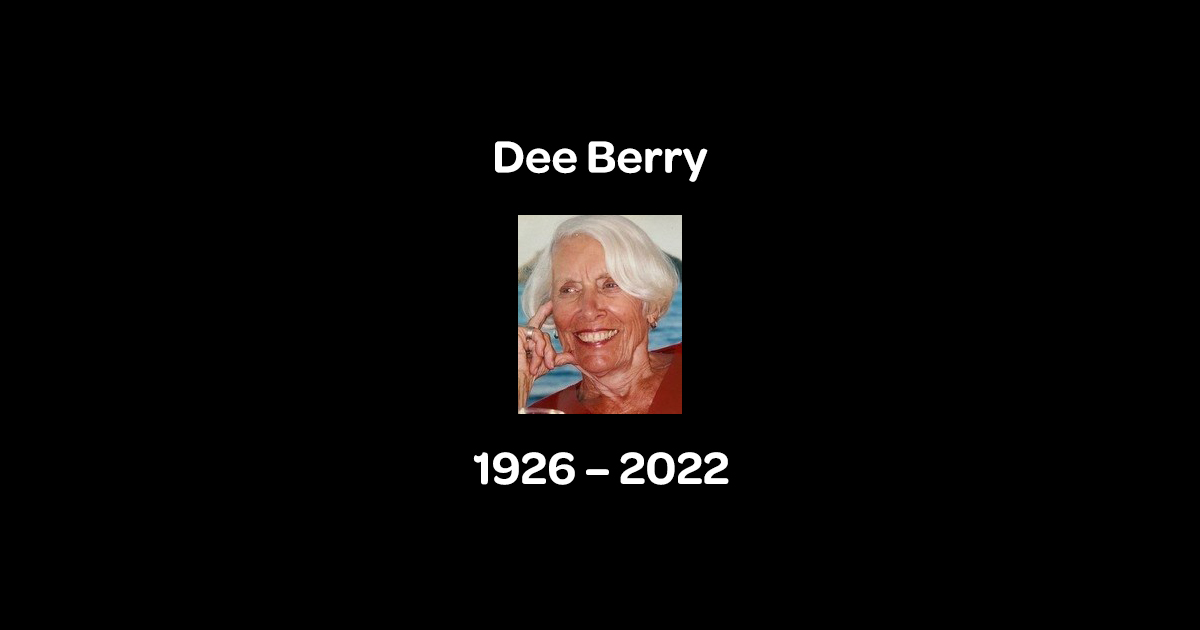 Dee Berry, full of energy, surprised her family and friends by dying at age 96 on April 27. Come celebrate her life on Thursday, July 14, at Simpson House, 4509 Walnut, KC MO, with visitation at 4:30 pm, a service at 6 pm, and a reception.

Dee helped bring the international Green Party to the US, organizing in many regions and becoming its national clearinghouse coordinator. The Green Party proclaimed Dee “Grandmother of the Greens” during its inaugural convention in the US.

Dee’s friend Sharon Lockhart says, “Dee and I were members of a feminist book club as well as a Pagan Ritual group—we became solid allies. I consider being asked by Dee to be Priestess at her Memorial Celebration of Life one of the most significant honors of my life, along with being named an Honorary Green by Dee in 2012.”

Concerning Dee’s sudden death, Sharon and Dee had been contacting each other and postponed scheduling a lunch or dinner when Sharon was called by Dee’s son Andy, and “the sad news of her death interrupted our plans,” says Sharon. “I expected Dee to be here much longer. The message is: Do it Now!!!”

In lieu of flowers, the obituary reads, contributions may be made to Harvester’s at https://www.harvesters.org/ or to PeaceWorks KC at https://peaceworkskc.org/. The obituary is at: https://www.legacy.com/us/obituaries/kansascity/name/delores-berry-obituary?id=34527800.