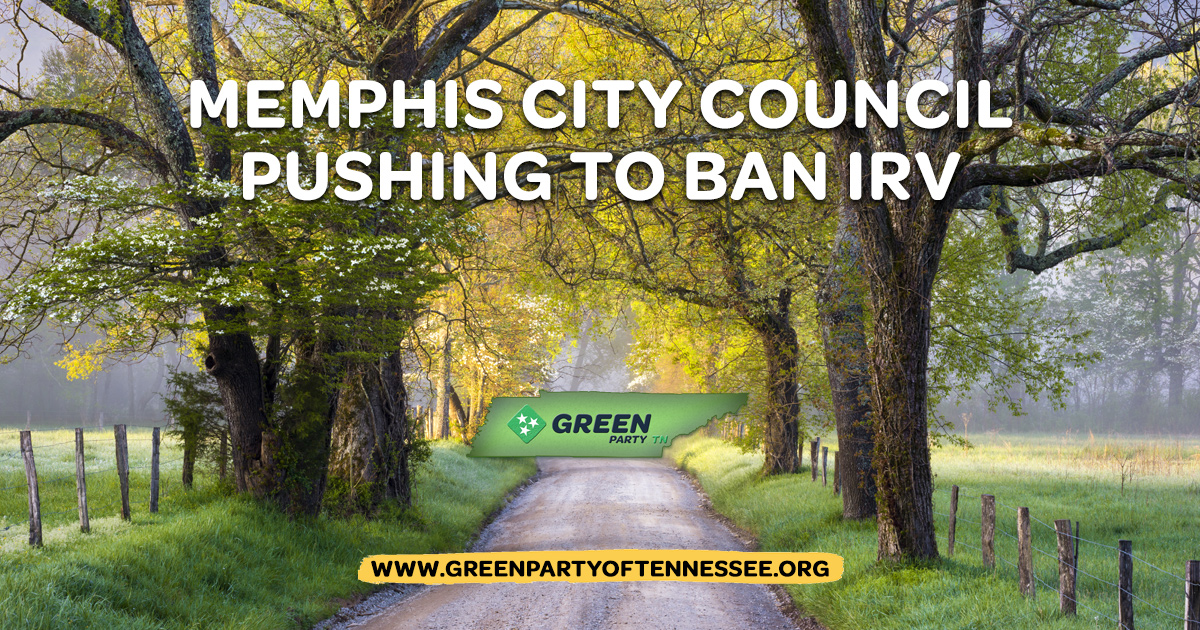 The Tennessee Legislature is attempting to undermine the rights of voters all across the state.

Currently, Tennessee has no law in the books about instant runoff voting, a voting method that allows voters to rank their preferences for an elected office instead of just picking one. IRV eliminates the spoiler effect, makes elections cheaper, and allows less well-funded candidates to compete meaningfully.

As a result of a referendum in Memphis to introduce Instant Runoff Voting, the Memphis City Council is paying lobbyists to push for a statewide ban on IRV.

The bill goes to committee on Tuesday at 10:30. Before then, please email the senators below and ask them to drop the bill entirely if they can and, if they cannot, to at least roll it for two weeks so the Save IRV Memphis coalition has time to send people to Nashville to discuss this issue.

Thanks,
The Green Party of Tennessee
info@greenpartyoftennessee.org

Editor's Note: Supplementary information about this issue can be found in the following stories: