Maryland’s 45th District delegate should be elected, not appointed 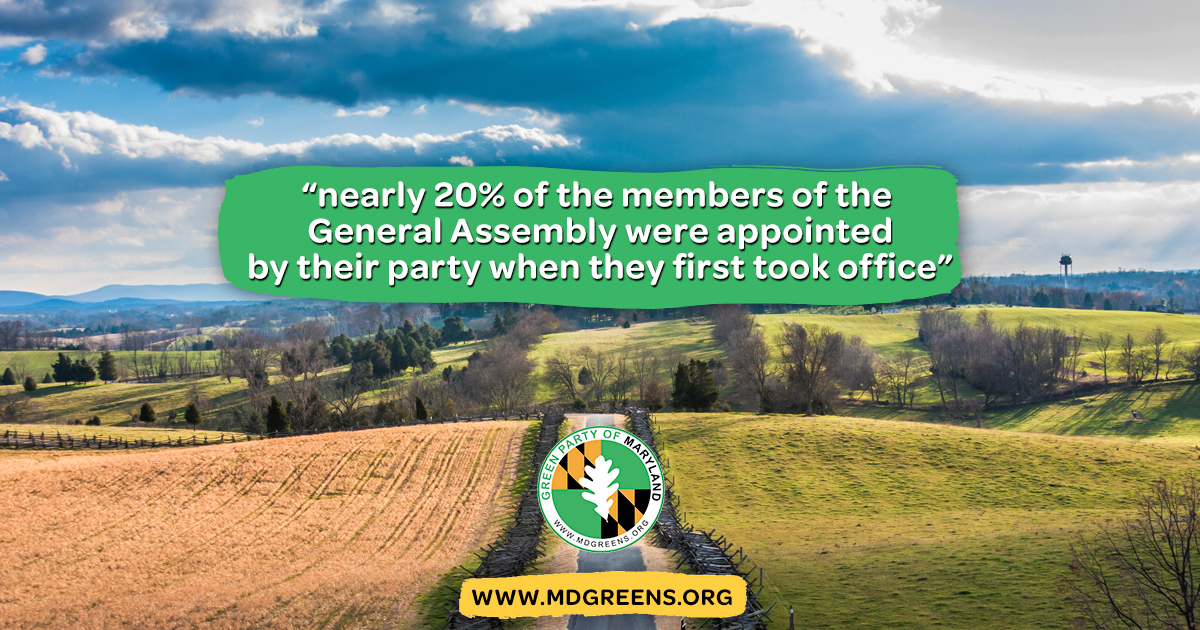 BALTIMORE – Shortly after Congressman Elijah Cummings passed away, Gov. Larry Hogan announced a special election to fill the remainder of his term. In the United States House of Representatives, all members must be elected by the voters. It is inconceivable that we would simply allow Democratic Party insiders to choose Mr. Cummings’ replacement.

It should be equally inconceivable to allow party appointments to the Maryland House of Delegates. The unfortunate reality, however, is that nearly 20% of the members of the General Assembly were appointed by their party when they first took office. This number will increase in the very near future.

In late December, Cheryl Glenn resigned from her position as the 45th District delegate to the Maryland General Assembly just before federal bribery charges against her were revealed to the public.

Now we find ourselves in territory that has become all too familiar. The 45th District Democratic Central Committee is currently reviewing resumés from members of the Democratic Party —including applicants who are also on the committee — for an appointment process with little to no public input and accountability.

Just seven committee members will decide the next representative for the remaining three years of Ms. Glenn’s term. Gov. Hogan will approve the appointment, and the voters in the district will have no say.

It has not always been this way. Until 1936, all delegate vacancies were filled by special election. Since then, Maryland has used the anti-democratic central committee system, which operates on the premise that the seat belongs to the party of the person vacating the seat, not to the people who elected them.

I ran for the 45th District state delegate position in 2018 as a Green Party candidate, earning more votes for the position than all of the people who ran at the time and might seek to complete Ms. Glenn’s term with the exception of two candidates: my Green slate-mate Glenn Ross in the general and Caylin Young in the Democratic primary election.

However, because I am not a Democrat, I am not even eligible to apply to the Central Committee for the position; it is only open to registered Democrats.

I believe the voters should get to decide who is best equipped to serve out the rest of this term as a delegate for the 45th district. If Maryland allowed special elections, the debate that would occur would likely touch on the issues that brought down Ms. Glenn and also on some key issues facing the district, the city and the state.

How can we have legislation that focuses on ending the criminalization of recreational cannabis through equity and reparations in the legal market, so that the communities most harmed by the war on drugs are at the forefront of designing the legal market and allocating the revenue? Is an appointed politician the best person to decide this?

Should the power to regulate liquor stores and bars be taken away from the state and put into the hands of the residents and the community? Can opioid treatment clinics be required to work with the community and make sure cooperative agreements exist? Can Maryland pass legislation that ends the culture of pay to play politics and prevents direct corporate contributions to candidates, lowers maximum individual donations, and pushes the state toward public election financing? Whoever takes Ms. Glenn’s place could help make those decisions, but will that person really represent what voters believe?

We need to find a way to end the undemocratic appointment process so that every member of the General Assembly has the trust of voters by earning their position at the ballot box.

No one has a right to the position simply because they campaigned for it in 2018, but everyone who lives in the district and meets the age requirement should be able to seek it and raise these issues, regardless of political affiliation. However, Since Maryland does not allow the voters to decide and treats the seat as the property of the party there is no chance for grassroots democratic participation.

Our next delegate will be appointed, but they will also be in a good position to end the anti-democratic central committee appointment process. The voters of Baltimore and Maryland deserve better. We deserve the right to elect our leaders.